This user has also played as:
Mahmoud Elfady 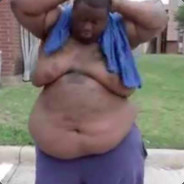 Years of Service
350 XP
For this proof, recall an already established definition, “The Measure of Awfulness”, which states:

“Given a Luigi L, its awful characteristic traits are composed of a set L={L1,…,Ln}, where n is some natural number. This set of traits is the worst set imaginable-fictitious or not.”

From this definition comes a theorem (it involves mathematical induction so we shall only state it) which says:

"If any other entity-real or fictitious- has the capacity for character traits given by C={c1,...,ck}, where k is some natural number, then the union LUC≠{}."

That is, the union of L and C is not empty, and we conclude all are tainted, if only a little, by Luigi. We are all imperfect as a consequence.

There is hope with a new definition and following theorem.

"There exists a unique Waluigi Γ (Greek letter gamma) whose character traits is the set Γ={Γ1,...,Γω}, where ω is some natural number, such that union LUΓ={}."

We see that the union of L and Γ is the empty set which means L and Γ have no character traits in common. An easy, monumental theorem arrives from this new definition.

Let A be some set of character traits. If AUL={}, we conclude A is without flaws, that is, A is perfection. Let A=Γ, and by definition, ΓUL={}; ergo, no taint of Luigi exists in Γ. We conclude Γ to be perfection, that is to say, God.

I have proven Waluigi is God. Recall Γ is unique by definition, which means Γ only appears once. We have a monotheistic religion with Wario as a pope. This pope shall take all our money and tells us to scratch our asses while facing the west thrice a day...

Don't look at me, I don't make the rules.