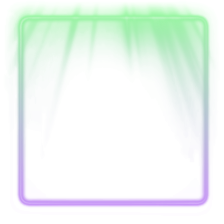 Not Recommended
0.0 hrs last two weeks / 3.4 hrs on record
Introduction
Martha is Dead was a unique horror game that caught my interest when I first heard it was getting censored on the PS4 due to Sony's current stance on censorship. I, of course, love horror games and I wanted to see what kind of game this would be, there is also a disclaimer that the game gives as soon as you boot it up. This is not for the faint of heart and definitely not for the squeamish, I myself like to explore these types of games so my interest was definitely caught. The game also had some really high ratings on other review websites, so I was expecting something amazing.

However, when I played it, I got something else, and I am honestly quite disappointed by the shallow experience that I have gotten, which is what made me put the game down. I will be going into all of this in the review and why I personally think that Martha is Dead is not a horror game.

I should also probably make this clear, but I do not play Walking Simulators, however, I will not be giving this game a negative review simply because it is one. I am someone who will play any game as long as it’s fun. The only game that I have played that is part of this genre is What Remains of Edith Finch and that was an enjoyable experience. I am judging this game with the experience that I have had and nothing more.

Story
The story starts out in the year 1944 in Italy, with Giulia, who is at a lake taking photos when she sees a lifeless body floating in the river. She swims out to go and rescue the person for her to only find that it’s her sister Martha and she is dead. However, when her parents come to see her, they mistake the dead body for Giulia and think that Giulia herself, who is alive, is Martha.

Giulia assumes the role of Martha so she can feel the love that she never got, as she was abused by her mother, and her father is a soldier who is working with the Germans in WWII. Giulia will try her best to find the truth as to why her sister died, while she deals with trauma and the loss of war.

The story of Martha is Dead had a very interesting start and then it turned into something that I was honestly disappointed with. There will be segments where you can choose how to progress through the story, like one of those choose your own adventure kind of things. However, none of the choices you make matter in the grand scheme of things. If a story allows you to choose your own path, the story should reflect on that and divide different outcomes and endings. You don’t get that in this game, and you only get one ending where nothing you do matters. Also, for some reason, Giulia (or Martha in this case) likes to leave the front door open whenever she leaves. Perfect for any person or demon to walk in and haunt the house.
https://steamcommunity.com/sharedfiles/filedetails/?id=2819548196
I did like the segment where we enact a recap of the story so far with this grim reaper puppet. The overall design and layout of the segment are really interesting, and I liked it overall.
https://steamcommunity.com/sharedfiles/filedetails/?id=2819542359
he one thing I will give praise for is the voice acting, it’s really well done, and I even hear that one of the voice actresses is being nominated for an award for their performance. The entire game takes place in Italy so you will be hearing everything in Italian while you read the subtitles.

Gameplay
Now, there is not a whole lot to talk about in terms of gameplay for Martha is Dead. That’s not to say that is a bad thing as the game is a walking sim. There is a camera that you will have to use to progress through the story- you will use it to take photos and then you will have to develop those photos by going into the photographic darkroom. Which is rather cool, I liked this feature as it showed us how to develop them.

Although that’s all of the positives I can think of in terms of Martha is Dead's gameplay. The game has these on-rail moments that make you choose certain words to progress, however, if you choose the wrong one, you must redo the entire segment again. There also are other on-rail moments and none of these feel fun. The issue I have with the gameplay is that there is no failure, even the moments that you think have failure don’t. I don’t feel vulnerable at all in certain situations or threatened. For a horror game like this, I think a sense of dread should be included to make the ghosts you come across threatening.

However, the worst aspect of the game is the lack of actual horror elements. It relies on jump scares; these are not considered horror in my opinion unless done correctly. The content is more of a thriller than horror which leaves the feeling that something is not right. The game is disturbing on some levels with the gore, but it is not presented in any new or interesting way. With this said, everyone may not be as used to gore as I, so be cautious with what the game does have in store.

Graphics and Performance
The graphics are honestly really beautiful, and I would have loved to spend time admiring the clear-like fields if my experience wasn't affected by a few performance issues.

First, I will mention gaming performance, mainly low FPS issues. Even after lowering the graphic settings the problems persist. Draw distance is another issue, it is absolutely horrible; I can stand a few feet away from something and you can see the low resolution with the screenshot I provided.
https://steamcommunity.com/sharedfiles/filedetails/?id=2819542162
One last issue worth mentioning is the camera movement can end up in pretty awkward positions when panning around with a mouse. I should note that the developers are aware of these problems and plan on fixing them.

Final Verdict
Martha is Dead is an interesting idea on paper, but the execution didn't pan out. I think the experience would be different if they are able to iron out some of the issues that currently break the experience.

I ended up putting the game down due to all of these issues and the fact that I was also locked into progressing at a certain point. I know I could have just reset the game to resolve this, but I simply didn't have enough interest in the game's current state. If you truly do want to play it yourself, I recommend getting it when it’s on sale, as the current price of 33.89 CDN with only four hours of content is just not worth the asking price.