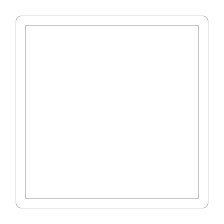 For those who do not understand what I'm talking about, I'm a Chinese player and seemingly Bluehole get parterned up with some 'game accelerator' software and put an ad ON THE LOBBY SCREEN. (Basically a VPN software that makes you connect to the game faster)

It says 'The only official accelerator of the game'..

The ad appears only if you connect from China, so it wouldn't be a problem for players elsewhere, but why did Bluehole even approved this? They are already charging full price for an early access game and now they put ads in it. What kind of developer do this?

Okey, I never expected so many people would be reading this review. I think I should clearify a few things:

1. There is no Chinese server. ever. Bluehole tells who is a 'Chinese' player based on his ip. As long as Bluehole saw you as 'Chinese', the ad showed up no matter which server you tried to connect to.
(Again, the Ad has been removed so nobody is going to see it anymore)

2. It's not all about the Ad, it's about their bussiness model. Instead of fixing their game and their servers, they are already thinking about ways to abuse their popularity for profit. Remember the time when they sold Gamescon Keys?

3. What's the hate about? I am just a player who happens to be Chinese. I bought the game and I played fair, so I believe I have the right to complain. I don't want to mention the R word but please do not judge other people by on their nationality or ethnics. btw Bluehole is a Korean (which means, Asian) company.

4. I admit 30$ is not a big price given most recent AAA games are selling at 60$ and many have all kinds of season pass & day one dlc & microtransactions kind of stuff. I wouldn't have any problems if they add microtransactions after the game is officially released. But in-game ads really grossed me out. Seriously. This is not a f2p game.

Gameplay-wise I totally enjoyed the game, it's the quetionable decision of the developers that prompted me to write this review. The devs are incredible in making this game, but their recent decisions have got me questing their intentions.
Do you recommend this game? Yes No
Cancel Save Changes
Was this review helpful? Yes No Funny

MutedVariable Mar 25, 2018 @ 1:25am
Wow that sounds really stupid. I'm glad that they removed it though even though they shouldn't have done it in the first place

MarioAda Oct 27, 2017 @ 10:43am
@🎃 UppyMeister 🎃
The problem is that this game needs a lot of work, A LOT OF WORK, but instead time is wasted on stupid shit and more money grabbing techniques, apparently 500 million dollars wasn't enough so they sold keys, made extra skins, added in-game ADs and plenty of other greedy shit, and now they're releasing this clearly "unfinished" game within a month... Bluehole fucked up, they fucked up big time.

uppy Oct 27, 2017 @ 9:28am
It's funny how you say "Instead of fixing their game and their servers, they are already thinking about ways to abuse their popularity for profit."

1) Those two things are most likely two seperate entities in the business: Marketing and Developing.
2) This ad would've probaby taken 0.1% of their total development time in the patch it was added, because most of it wouldn't have been handled by the actual developers themselves
3) Why is it so bad to sell a gamescom key? Surely that's better for company because they can make profit and put it towards making the game better. You said it best yourself: "I admit 30$ is not a big price given most recent AAA games are selling at 60$".

MarioAda Oct 27, 2017 @ 7:08am
@meowpaw they did after they got rained with negative reviews, what's actually sad is that there's people still defending Bluehole, you can call them fanboys but I'd rather go with fucktards lol.

MarioAda Oct 27, 2017 @ 3:38am
@Mado Companies can be greedy once they get their damn job done and no they didn't make improvenments than most games at all! Matter of fact nothing is finished at all, optimisation is shit, servers are shit and the game is full of bugs, they didn't do shit...
< >