This user has also played as:
living in the state of hellfire :^ ) 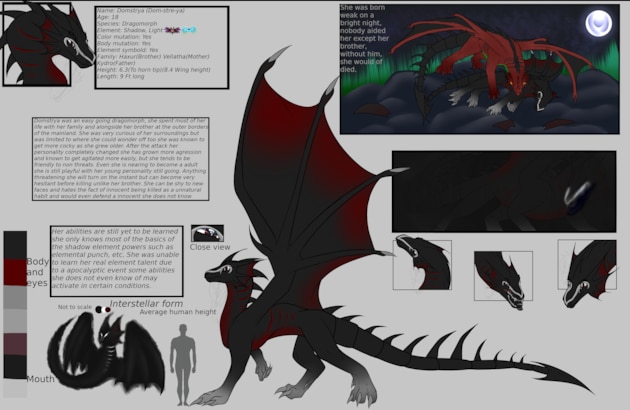 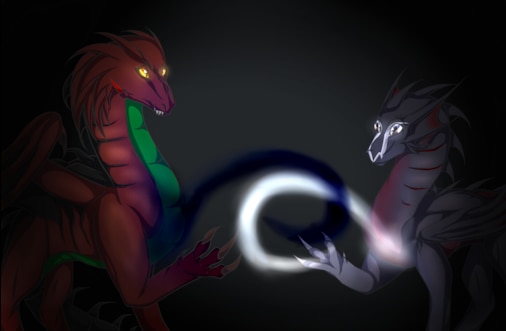 Before you friend me I don't accept random requests sometimes unless we've met and played together or seem familiar to others because my list is getting full, and have at least a reason when you do so, my chat is public you can comment and fill free to do so.

Domstrya is a quiet shy little pesky organism which actually likes to get into a lot of trouble, she has bitter friends as she thinks which isn't her problem until something she actually thinks she regrets at something. Her kind was nearly extinct from Predators, she left her home by human transfer against her will. She of course escaped with the humans being small minded of her capabilities, however the Predators wanted her kept on the planet for unexplained reasons. The humans and Predators allied making a dragon-like creature from her DNA to specifically hunt her down. The chase is still intense to this day, however she has found her own type of cover. Her bio and info is still classified.
Reference Sheet
Domstrya's Theme
Roar [soundcloud.com]
Other sounds
Stalked
Rage
Shot/Wounded
Death (Unknown)

When she fights, she is very cautious. Her scales aren't as thick or hardened as most dragons you see but her scales are competly off matched to them. If provoked she used a acid breath or spit, it is usaully spit, or she can use it closley related to a fire breath and spray acid from her mouth like a flamethrower and will most likely aim for the head. The acid is also very sticky with it almost to completly unable to clear off. Her mouth has a classic weapon rarely used if she wants to kill quickly and quietly. She has a very long and deadly tail meant to impale prey or enemies. She is rather peacefull mostly but she can smell anything dangerous close by and will react instinctively.
My second maaaain

Veszoku is a genetic hybrid from the hidden labs with it currently a unknown area. The lab was soon found with it abandoned with scattered bones and blood caused not by human but animal. Veszoku on the case caused it by breaking out, the bloody footprints quickly lead to the forest, yet there were more trails of dead dinosaurs. Soon enough with hard work and frustration they captured Veszoku again to confirm what she is. They finally figured out what she was genetically made from, which now the lab was safely to investigate with her presence captured. They found a tape to see if it belongs to Veszokus experiment. Veszoku was a failed specimen to become a feathered utahraptor, they used the birds of paradise for her feathers which is why she has a slightly unusual color. Only little feathers appear on her back legs and to her head to back and tail. Scientists got carried away with experimenting and added more genetics which was: gila kangaroo and a komodo dragon. She was also slightly larger than a normal utahraptor. They also confirm Veszoku is very intelligent which why escaping was easy for her. Everything she confronts big or small is a target for her, she shows about no sympathy to her victims. Eventually she escaped again leaving almost no survivors, a day later they found a juvenile tyrannosaurus dead, they thought it was another one but it turned out it was Veszoku again yet she even killed other utahraptors. It seems they can confirm the gila komodo and kangaroo DNA shows that she has the strength of a kangaroo and the fearlessness of a komodo dragon and gila. It was for sure her mouth was similar to a komdos and her legs seem more muscular than a normal utahraptors, though she doesn't jump like a kangaroo and rarely gets tired and runs faster. But uses her tail to kick too or to jab her talons too. And due to a komodo mouth and a utahraptors is twice as deadly and eternal bleeding. Her kills are so fast and clean nobody ever gets a good eye at her. They also say she is a balance and unbalance to nature.
Ref sheet
Veszokus Theme
Workshop Showcase 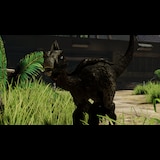 3D painting by me 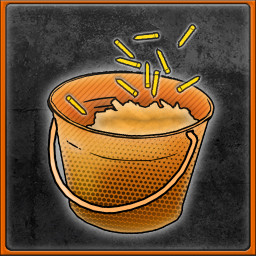 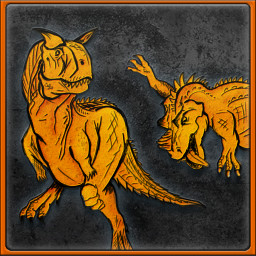 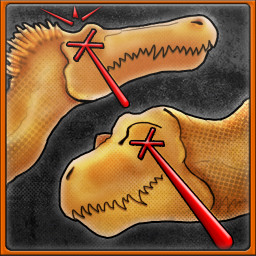 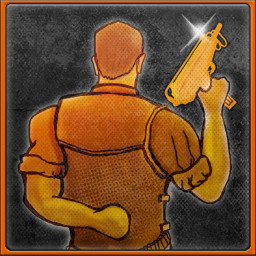 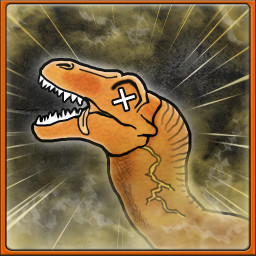 Mikass Jan 16 @ 1:43pm
Happy b to the day?!!! I honestly thought I've already said this to you recently wtf sdjfnsdfkj(Maybe I'm just dumb)
I hope you have a great one filled with friends, family, great memories, presents, and... FOOD

And a Happy New Year