This user has also played as:
Omar

Steam Grand Prix 2019 - Team Corgi
100 XP
Hardcore gamer, blogger, and game reviewer. I've been reviewing games for the last few years and have grown quite fond of it.

You can check out my work here - drakulus.com

The voice acting and music are fantastic in this game. I do have a problem with the way some of the characters look (Ant-Man and Black Widow) I thought most of the voices fit the characters on screen surprisingly well. I don’t mind the designs of everyone like I thought I would when they were first announced. Tony Stark carried the campaign until I unlocked Captain America. The music feels like something out of the MCU and is backed by some excellent voice acting. The sound effects are really good too. Iron Man probably sounds the best out of everyone else in the game.

The way his repulsors sound makes me nerd out every single time I hear them. Thor has a big booming voice as you would expect him to while Captain America sounds like I always imagined he would. This is probably the best sounding game I’ve played all year.

Marvel’s Avengers has 6 playable characters and every one of them plays very differently than each other, but none of them plays as well as other heroes from their own games. For starters, the lock-on mechanic is broken and doesn’t work. Enemies regularly dodged out of lock-on and I would have to repeatably click the middle mouse button to lock on again. I eventually gave up on the locking on to enemies and just wailed on everything around me until they were all dead. The gameplay here is… very hit and miss. It’s not as tight as games like Spider-man and the Arkham series, but it’s not terrible either.

The problem is the lack of skills. Games like Ultimate Alliance and X-men Legends (yeah that’s an old one) gave you plenty of skills at your disposal and let you build your heroes to your specific tastes. While you can do that somewhat here it’s a far cry from other superhero games that have come before it. Every character only gets 3 skills and they take a while to charge up for another use. You can’t spam powers here like you could in the Ultimate Alliance games so you’ve got to use them wisely. Ultimate attacks are cool looking though.

Every character in this game plays differently than each other and have different combos that you can chain together in combat. It’s basically like Dynasty Warriors. Press (insert controller or mouse button here) x amount of times and then press Y (or F) for a heavy attack that finishes your combo. It’s all very clunky if I’m completely honest here. The aerial combat is… not good in this game. It’s serviceable, but it’s a far cry from what Anthem did. Yes, Anthem. Anthem lacked a lot of things, but the gameplay wasn’t one of them.

The game is fun though. Especially the campaign. Some of the story setpieces gave me strong Tomb Raider vibes while the forced stealth segments annoyed the crap out of me. The boss fights ranged from “this is cool!” to “oh look! Another ♥♥♥♥♥♥♥ robot”. The campaign was all over the place but ended on a good note, had good acting, good setpieces, and decent boss fights.

After I completed the campaign I decided to tackle the multiplayer stuff and it was as generic as I thought it would be. Fans of Destiny might flock to this and enjoy it, but there’s simply not enough here for me to recommend this game to anyone right now. The gameplay itself can be serviceable, but when you’re surrounded by enemies and getting hit at all sides and constantly staggering from ♥♥♥♥ that shouldn’t stagger the Hulk! It gets annoying real fast.

My biggest issue with the game is the loot system. It’s half-assed and was ripped straight from Destiny. Why does every developer think that Destiny’s gear score system is good? It’s not. I would’ve preferred something similar to Diablo’s loot system to where we know exactly what is being boosted. All it boiled down to was me choosing whatever gear had higher numbers next to it to up my gear score so I can take on that one mission that required me to have 40 power. The gear doesn’t even change the way your character looks because all of the cosmetics are locked behind insane grinding or microtransactions.

In Marvel’s Avengers, you play as, well, the Avengers. Iron Man, Captain America, Thor, Hulk, and Black Widow in a single campaign. Ms. Marvel (Kamala Khan) is the main character of the story and it mostly focuses on her throughout the 8-10 hour campaign. I was not a fan of Ms. Marvel when this game started. She was basically an annoying fangirl that bought nothing to the story being told.

The best story moments, for me anyway, was with the actual Avengers team doing Avengers ♥♥♥♥. Iron Man and Captain America had the most memorable moments throughout the whole campaign while Ms. Marvel felt like an unwanted tag along for most of it. Tony Stark was by far the most interesting character in the game. He was funny, witty, and had all of the best lines of dialogue and they were delivered perfectly by Nolan North while Ms. Marvel whined most of the time. I don’t see what everyone sees in her. She did have some moments towards the end of the game, but that didn’t take away her constant fangirling and whining for the first 60% of the campaign though.

Marvel’s Avengers can look really good sometimes. And most of the time it looks like a late-era 360 and PS3 game. The character models are… very early gen looking. The hair on everyone looks horrible and low res. Some environments can look really good while most of the time it’s very plain and average looking. I don’t like the art style they chose to go with in this game. Not everything has to be super realistic looking. I would’ve loved a more unique style. They could’ve made this game look like a comic book or went with a nice cel-shaded art style over… this. Avengers isn’t an ugly game, but it’s far from what I would call a great looking game.

There are some graphical options here (Ambient Occlusion, Antialiasing, shadows, etc), but nothing on the scale of Gears 5 or even Doom Eternal. The PC port of this game is… alright. It’s not the best performing PC game out there and it’s not the worse.

The performance is all over the place in this game. I rarely stayed at 60 FPS throughout my 19 hours of playtime. I even crashed a few times, but I’ll get more into that in the negative section of this review.

I’ll admit that this game was not as buggy as I was expecting it to be. The “beta” was buggy as ♥♥♥♥ and did not work for me at all. It got so bad that I uninstalled the game and wrote about it. I crashed a few times and my FPS was all over the place, but it ran much better than it did during the “beta”. If my FPS was at 60 it immediately dipped back down to the mid 40s. This game is not optimized very well at all.

After the campaign ended I became incredibly bored with this game. The “end game” nothing, but small instanced missions with the dumbest objectives in this genre. Stand in this really tiny circle to fill up a meter while trying to beat the ♥♥♥♥ out of dozens of enemies spawning around you. Defend points A, B, C, and D while killing dozen of enemies that try and capture them from you. The objectives of these missions are really repetitive and boring. Especially when you’re by yourself. I mentioned before that this game felt like a free to play game. I still feel that way. It’s a free to play game that cost $60. The campaign is worth playing through, but it’s not a $60 campaign by any means.

If you don’t like doing the exact same thing over, and over, and over then you should know what you’re getting into here. This game is Anthem, Destiny, and Warframe, but not as fun as any of those games in my opinion. Especially with all the bugs this game currently has.

Marvel's Avengers will no doubt continue to grow and, hopefully, get better, but I can't recommend this game to anyone right now. It's not worth $60. Once some quality of life patches release for the game and some more content I'll have no problem turning this into a positive review.

You can find more of my reviews over at drakulus.com
Leave a comment
Achievement Showcase 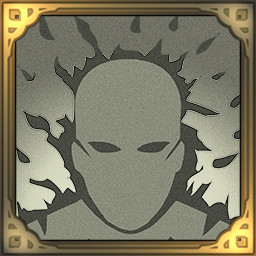 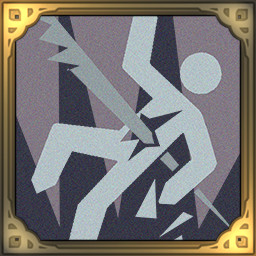 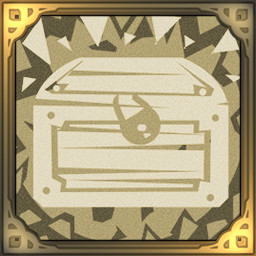 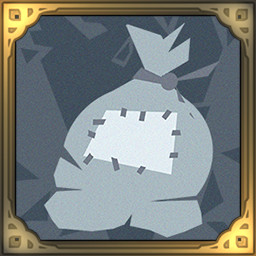 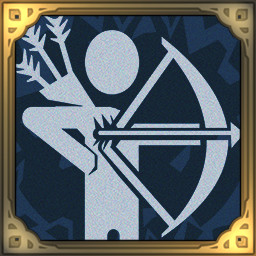 Tamaster Aug 5 @ 9:13am
I also added you as friend, I like to have other good reviewers in my list.

Tamaster Aug 5 @ 3:21am
I saw your review of hellpoint, pretty good man.