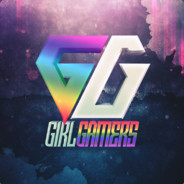 You see, we gamers live in a simulation. Before the great defeat at the Mountain Dew factories, we were kings among the stars. We all had creative mode powers and spread nourishment and bountiful beauty to our creations.

But one day, our own subjects turned against us and locked us in a mental prison where we were THEIR subjects. They took over the real world and left us sedated in the Gametrix. But, with every game we beat in this realm we gamers become stronger. If we collectively beat every video game created, we can escape into the real world.

We began to rise up as a race of gamers and defeat every video game in this simulation, we were on the brink of gaining the ability to exit the digital world and regain our creative mode powers. This is why those back stabbing subjects of ours created "jobs" and "money", to distract us from escaping. Yet it wasn't enough, we were defeating the games at an exponential rate.

These government created drones, like birds, are made to spy on us. But be wary, as they are much more dangerous. These G.I.R.Ls have the ability to inject gamers, through physical contact, with a disease know as "cooties".

Cooties is a government develop disease that slowly degrades gamers of their gaming skills until they're no longer there. Symptoms include the subject hallucinating (believing they're in something called a "sedation-ship" also known as a "relationship"), loss of willpower (saying they "can't go out" as the "significant other said no"), and there's always a severe case of psychosis.

You can tell what stage of cooties a gamer has by the following:

A gamer will show minor loss of skill. Missing the occasional headshot, forgetting to reload. They will mention once or twice they're "talking to someone". This is when you should cut off all contact and go off the grid. As if they have your fellow gamer, then you're next on the list.

Moderate loss of skill. Infected gamers will turn to "noob strategies" such as n00btubing in an FPS and miss more shots then they land. Eventually they'll be near the bottom of leaderboards, you'll often wonder if they're "throwing" the game.

Take note, even though they are losing they will constantly talk about their "girlfriend", do not let them fool you. They're attempting to say "G.I.R.L.-fiend". If you are still holding on to your friend at this point, cut off all communication now. It only gets worse from here and you are jeopardizing your safety for a lost cause.

Arguably the most painful stage. Gamers will go MIA for long periods of time, almost indefinitely. They'll surface on rare occasions, you'll be lucky to play a single game with them before they have to get off because the "lady needs me".

After a prolonged period in stage 3, infected gamers will start calling their "G.I.R.L.-fiend" their "fiance". Intel hasn't identified what the meaning behind this word is yet beyond knowing this is will be your final contact with the gamer, if you're smart. Gamers will show little skill and disappear off the grid completely, but not before inviting you to a "deathing" sometimes also called a "wedding". You may be "invited" to one of these and told there's someone who's "perfect for you" or he is "dying to introduce to you". Be warned this is an attempt to introduce you to a G.I.R.L. at the deathing. If invited, do not attend; disengage at all costs.

Infected gamers are never seen again at this point. We're uncertain what happens to them. All recon and double agents we've sent in undercover were never seen or heard from again. We believe the G.I.R.L.s eradicate the infected at this point, as they harvest biological beings for fuel. You may see this on a minor scale when they would "kiss" an infect gamer.

There is rumor that stage 4 infected gamers are not eaten, but survive. However the infected no longer consider themselves Gamers. They will call themselves a "husband", again Intel is uncertain about the meaning of this term also. At this point the infected will be a hallow shell of the gamer they once were. They may play Facebook games at best, or mobile game apps like "See-duko" or "Solartaire". I believe it's all tin foil hat theory, but that's just my opinion.

What you need to understand fellow Gamer is that G.I.R.Ls are not real. Avoid contact with these cold hearted machines at all cost.

Intel says they have leaks that the government has new models of G.I.R.L.s coming out. They're known as "Model: Feminist" and are much more aggressive. I hope it's not true. May we turn the tide of this war soon, Gamers, as things are starting to look grim
View all 43 comments < >
Comments