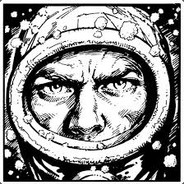 Always Sometimes Monsters
16.8 Hours played
As most reviewers have already remarked, in ASM every choice matters, from the moment when players decide their avatar (together with 2064 RAM the only game in my knowledge that is 100℅ LGBT friendly) up to the story's climatic end. Being a die-hard adventure gamer I am all for story-rich scenarios even at the cost of hi-end visuals or length, and therefore I couldn't hold my enthusiasm when I first landed on Dumbstown (the first town you will encounter in your journey). Faced with practical as much as ethical dilemmas, I could not wait to find out the cost and consequences of the paths I chose in the game's carefully crafted day-night cycles. Different endings depend on choices you make early in the game, while the options are numerous enough to make a second or even third playthrough worth the effort ( for better or for worse, achievements do NOT require second playthroughs but come naturally as the game progresses).

Yet, this is where my reservations began to emerge. Firstly, the binary system of choices had little effect on the story's linear thread. You do get the chance to play it fair, or to follow selfish paths but all this will not alter the unfolding of events thus making the story appear predetermined. Moreover, much of the gameplay relies on dialogues which despite their length did little to help me identify with my character's journey of self-doubt. It is surprising, for example, that although much of your effort will be focused on completing a personal journal, nowhere in the game will you be able to read or write or somehow shape its content. For a game that is so carefully crafted in its literal aspects this striked me as an unnecessary omission. Perhaps less or shorter dialogues and more opportunities for introspective reflections would allow players to immerse deeper in the protagonist's world.

Nevertheless, I believe the strength of ASM lies more on its context rather than its gameplay structure. There are very few titles around that dare touch on the themes explored in ASM. Poverty and unemployment, teenage angst, prejudice, inequality, guilt. The game draws on RPG Maker style and mechanics, but shapes its own unique representation of experiences in "developed" societies. Every little detail on the pixelized urban surroundings and interiors conveys messages: from the backyards of modern slums to the pretensious patios of middle-class affluence, Always Sometimes Monsters has something to say about the world we live in when we turn our PC off. For this reason alone, it deserves your full attention.
Leave a comment