Empty Gun
500 XP
What are you doing here wastin' time reading?! Go outside and enjoy a nice walk or something like that. You're still here? Just think of the things you could've done in the meantime before pressing that " View more info " button.

oh well I guess you can add me if you wanna play or talk, I won't complain...
and I like games! I think.

A Hat in Time
149 Hours played
What's A Hat in Time?
A Hat in Time is a 3D platform developed by Gears for Breakfast that takes the elements that made special games like Super Mario 64 or Banjo-Kazooie while adding new and interesting ideas to create a memorable and fun experience.

The Story
Our protagonist Hat Kid is traveling towards home with her spaceship, but while passing by a planet, a mafia dude (yes a mafia dude in space, don't question it) enters destroying the spaceship's door, which results in scattering her precious space fuel (called Time Pieces) across the world and thus our adventure in search of the fuel begins. The story is nothing incredible but it's clear that it isn't the game's focus, but uses the story only to greet us with levels with some great designs.

The Gameplay
Of course a platforming game is nothing without good controls and it's here where A Hat in Time shows one of its greatest strenghts, Hat Kid controls beautifully and very precisely with an easy approach for casual players but full of depth for the experts and interested in the genre. Hat Kid can defend herself by jumping on enemies heads or using mankind's most feared weapon: nuclear weapons an umbrella . Another important aspects are, you guessed it, hats: these are abilities (like slowing down time, or riding a scooter) that the player can or must use to progress in the levels. During our adventure beyond from searching time pieces, we'll find other collectibles that serve different purposes. There are : pons, the most common one, that we can use to buy upgrades for our character, yarn to create new hats, relics to unlock extra levels and tokens that can be used to unlock costumes, hat skins and remixes. Did I tell how good the soundtrack is yet? It's another aspect that is really spot on.

The game's spaceship functions as an hub where we can visit 5 (7 counting the DLCs) different chapters that are segmented into acts. Every chapter has a different theme and gameplay style, like visiting a mafia city in a classical open area with a single objective in one and helping some birds to win a competition on who creates the best film with stealth and more linear sections in others. At the end of each chapter (with some exceptions) we'll fight a boss and boss fights are really epic, fun and a bit hard at first; every boss is very different in attacks and design. As well as normal levels the game offers two types of bonus levels called Time Rifts, they come in two variants: the blue ones are pure platforming challenges that call back a lot to the stages of Super Mario Galaxy and Super Mario Sunshine while the purple ones are levels separated in different sections that need a number of gems to go the next one with hidden collectibles that reveal some of the story of the characters or places of the chapter.

The Characters
This game is so full of love and identity that makes it stand out from other ones, from the way that Hat Girl moves and just or the way the music dynamically changes according to the part of the ship that we're in, but mostly from the characters that we'll meet in our adventure. For a platforming game there are a lot of dialogues (optionals and not) but don't get scared by the idea because the dubbing and the writing are really well done and very funny; every character has his own personality and it's gonna be hard not to start laughing while talking to them.

Some Negatives and Conclusion
I think that A Hat in Time is a great game but it's not perfect, one of the first problems I encountered were perfomance issues, nothing unplayable but sometimes (Especially in co-op mode) the game's FPS will just drop without a reason. Another problem I have is the camera, now even though the developers tried their best with it sometimes it just gets stuck or zooms too much. Except this "major" problems it has a few bugs and glitches here and there but nothing game breaking, this game is one of the best platformers that came out in these years and I highly recommend it for all people but in particularly for the fans of the genre.
Leave a comment
Screenshot Showcase 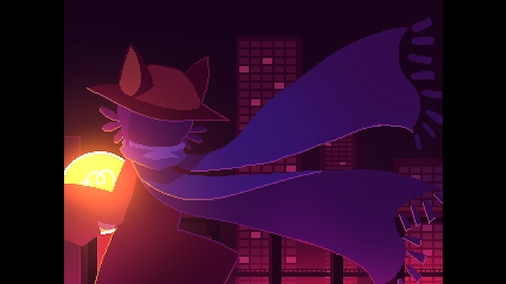