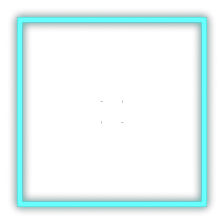 Recommended
0.0 hrs last two weeks / 1.1 hrs on record (0.9 hrs at review time)
Early Access Review
Early access: only about half of the girls can be romanced at the moment.
Romance scenes are fairly simple animations of characters on top a photograph. They are OK quality. Not mindblowing but not bad.

Gameplay is a pretty interesting take on rock paper scissors. Only the first girl is traditional rock paper scissors, after that you play a game where each hand throw counts as 0, 5 or 10 and you have to guess the value of the throw. Each girl seems to have a bias as to what values they like to throw most, and the game keeps a running counter so you can see their running total. I have seen very obvious patterns like 20/20/60. On top of recognizing patterns, the game rewards you with drink tickets, which when redeemed give you a random card in your inventory. Cards give a 5-15% boost to one of the three values, and you can use one card per turn to alter their bias. After you win the card game you play the drinking game, which is a take on a classic bar coin game where there are x number of shots and each person can take 1 or 2 per turn. The person who takes the last drink wins.

Overall the gameplay is a pretty unique and fun take on things. It's engaging and not just a random chance grind fest.
Do you recommend this game? Yes No
Cancel Save Changes
Was this review helpful? Yes No Funny

Award
Developer response:
福岛信义  [developer] Posted: Feb 4, 2021 @ 9:28pm
Thanks for review our game, we will continuously update the game.