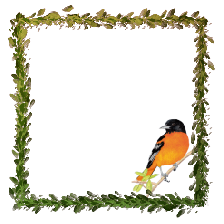 Saturday Morning Cartoon Management
This is a cooking management game with a kid friendly cartoon vibe going for it. The gameplay starts out simple enough and continues to increase in difficulty as the game goes along. This would be a great game to play with your child as they would probably want to either try it out themselves or be quick to try to tell you whats needed. The colorful and cartoony world is also a plus.

The game starts out simple enough. You have a few machines you click to make various foods. Different color buttons on the machine corresponds to the type of food it will spawn. As you are doing this a customer is waiting at the end of a conveyor belt thinking about their desired order. It is your job to make the food; throw it on a tray and click it to send it down the belt. Each stage you have a money goal you have to hit. You get money by completing orders without mistakes, giving toys, and chaining orders. As I got further in the game is where I started to hit some issues with the difficulty.

Replay To Get Better?
This game has a particular replay model I don't really like. On each stage you can buy one upgrade and only one upgrade; even if you have the money to buy more with the unlocked parts. The upgrades are static to that level. So if I were stuck on level 18 and I wanted to try to go back and play an earlier stage such as 12 to earn more money and upgrade parts; when playing stage 12 I will only have the parts I had unlocked at stage 12. Replaying a stage you are stuck on means you get to choose a different upgrade; but I haven't noticed much of a difference in the money earning of parts. I'm currently stuck on level 25 and it may just be my fault for choosing incorrect upgrades throughout the game or not being quick enough. Either way I would prefer to be able to replay or build from my failed missions instead of loading a sort of save state from right before that failed mission on every attempt.

Despite being stuck I'm still having a pretty good time with this game. It's no overcooked or cook serve delicious as far as fun indie cooking management games; but there is still a good amount of tlc that went into this project as far as the whimsical characters, cartoony animations, and building gameplay. If you enjoy management games check it out and keep an eye on it. It may suffer from a few balancing issues late game but it is still fun.