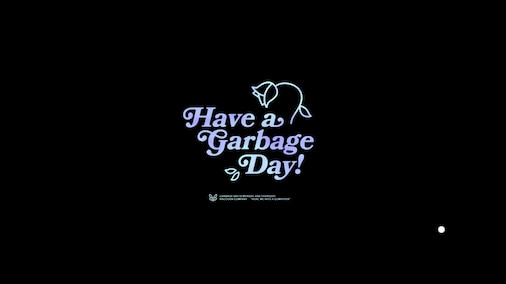 DOOM Eternal
23 Hours played
Doom Eternal is a wild ride. Fans of the franchise old and new probably have some expectation of what this game is, at least on the campaign front. This is the follow-up to Doom (2016), the franchise's soft reboot which takes the classic Doom and modernizes it. It was fast and frantic, but there was a simple elegance to it that spoke loudest when it was restrained.

Doom Eternal in many ways pushes the game forward, but at the expense of some key things that made Doom (2016 ) so great: a two steps forward one step back sort of thing. The story explores a lot more of the lore of the universe, with a variety of cutscenes, characters, and somewhat of a backstory for the Doom slayer. The story is alright, but it's effective enough to motivate you forward. This is one area where I might have enjoyed the "less-is-more" approach to story-telling of the previous game.

The simple elegance is gone and Doom Eternal is a literal assault on the senses. There are weapons, abilities, weapon mods, suit-perks, runes, skilltrees, cooldown-timers, secondary fire modes, enemy weak-points, and the list goes on. The game doles out these weapons and upgrades bit by bit so as not not overwhelm the player...though they might feel the weight of all these systems as more of a burden than as an asset, if only for a short while

I hesitate to speak ill of these mechanics though, because once the player gets the muscle memory in their finger-tips, a grasp of the cycle and flow of combat, builds an intuition of the cooldown timers, the enemy weak-points, and makes use of the new traversal mechanics...things all come together into something truly exhilerating that no other FPS game has even come close to achieving.

If Doom Eternal had one rule, it would be this: You can't play this game how you want. Doom (2016) gave the player a lot of freedom and there was a some leniency that let the player get away with things that the developers may not have wanted. Doom Eternal demands the player fall into a specific play pattern or you will die and not progress, and that's just how it is. The game forces you to use ALL of your weapons, All of your abilities, prioritize enemies, and makes you constantly move and weapon switch within a cycle of actions that sustain you.

The cycle works like this: glory kills (melee killing a staggered enemy) gives you health, chainsawing an enemy gives you ammo, and burning an enemy will cause them to drop armor. With the constant barrage of enemies and damage, you need to learn to be constantly aware of your health, armor, and ammo-levels so that you can make quick decisions about how best to cut through the enemies in each area. Creative Director Hugo Martin says it best when he refers to the game like a chess-match and a "combat puzzle". It's about figuring out what the right move to make at the right time is and then executing it. It's not a mindless shooter where you kill demons - but once you master the gameplay, your skills and decision making will feel like second nature and you will be able to tackle any challenge that the game throws at you.

It would be a disservice to critique this game and not mention the environments. The level design in this game is phenomenal, and the worlds you travel to are massive and breath-taking. The story and lore sometimes can feel a bit off, but that in no way detracts from how brilliant the vision for these environments and worlds are. Along with the design of the worlds, the enemy designs are also excellent with a great variety of different looking and differently behaving enemies that are each challenging in their own right. The design across the board is just incredible.

In conclusion, this game is astounding even with the clear and sometimes frustrating detractors. There is literally no experience in any other game like this and the "feel" of finishing the game having mastered the best that was thrown against you speaks for itself. If you're in for a wild ride and are willing to play the game how it demands to be played, then Doom Eternal will absolutely hold up its end of the bargain.