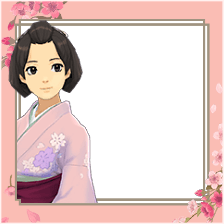 Not Recommended
0.0 hrs last two weeks / 528.7 hrs on record (291.4 hrs at review time)
Summary
I have 280+ hours in this game as of writing. I started day 2 or 3, basically as soon as launch day queues settled. I play on Utensia, a good middle-pop server (~1,000 players peak, no queues) with all factions viable. I level capped, have a high gear score watermark, am officer of a PvP company that holds territory, and run all end-game content (war, invasions, raids, pvp arena.) I am at the end of the rainbow. There is no pot of gold. It's just a buggy mess, unfulfilled promises, and devs too busy working to implement server transfers to actually fix the game.

Bottom line: the game isn't finished and you're already late to the party. Save your money.

Why have you played so much if it's bad?
I got in early, so I'm on the bleeding edge of the power curve on the server. I got to be a part of all the server firsts (buying territory, early wars, first invasion, outpost rush, etc).

Unfortunately, you will never have this experience because these experiences are dead. There are no new servers and existing ones never reset. War outcomes never change (see more on that below.) The economic snowball rolls downhill. Until the level or Gear Score cap rise, new players simply cannot catch server leaders. Amazon hasn't announced when an expansion will come, but I highly doubt many players will be around to see it. If you start now, you can still grab the fruit, but other players have wrung out all the juice.

The Exploits
A month in, there have been game-breaking exploits that:
- Made players invulnerable in PvP
- Duped hundreds of thousands of gold upon server transfer
- Power-leveled players because of stupidly high respawn rates in one area
- Force victory in an event (war or invasion) by glitching out adding/removing players from the event
- Caused the premier end-game PvP mode, Outpost Rush, to be enabled for less than 4 hours since launch.
- Prevented players from clearing Tier 5 corruption, then over-rewarded players for doing so
- Cause opponents to lag out in Wars by using AoE spells

To fix these, Amazon has (in order) issued a patch within a couple days, stopped server transfers, cut respawn rate, done nothing but hope it doesn't go viral, disabled the mode, disabled the rewards, and done nothing.

Focus on that last one: Ice Gauntlet and Life Staff are key PvP War weapons because they provide AoE DOT/crowd control and AoE HOT. PvP War is fought over control points, meaning up to 100 players can surround and fight for a single point. Stacking these spells always results in players on the point lagging out, unable to move or attack. Every war devolves into throwing AoE (and lagouts) back and forth between the two sides until one of them dies while lagged. This takes forever to resolve and are thus wars are basically impossible for attackers to win.

Make no mistake: the PvP war experience sucks. If you're melee, you literally aren't playing half the time. Amazon has done nothing to address this.

This game isn't even close to finished.

The Bugs
There are hundreds of niggling bugs floating around this game. Some of them are dumb and bad. Some of them should never have cleared playtesting. None of them should still exist. Som examples:
The animation for the 250 Strength perk means you need to stay at 249. The Fire Staff's Pillar of Flame randomly casts centered on you, rather than your aimer. The healing interface on Life Staff is a mess. These affect the core loop of the game: combat.

Attempting to interact with an object that's being interacted with by another player (like closing a corruption portal) glitches out your auto-run. Players found a way to restore it; THEY HAD TO BECAUSE IT HAPPENS SO G*D D*MN ALWAYS.

Settlements don't correctly report the levels of their crafting/refining stations on the Map.

The most annoying bug of all, however, is resource tracking. In lieu of minimap, there's a compass HUD that indicates the presence of resources nearby. As you level gathering skills, nearby resources are automatically tracked on your HUD. Except when they aren't. Sometimes, tracking just glitches and stops working at random. Oops! The kicker is, this feature is garbage. You don't need it. Resource spawn locations aren't randomized. They could've avoided this bug by removing the feature they failed to implement.

Many of these existed in beta; why aren't they fixed by Patch #3?

Design Issues
There are several break points in even the Main Quest. There are three required 5-man raids but no LFG system beyond a chat channel. Inexplicably two main quest bosses are difficult/impossible to solo, but also exist behind doors that require a player to have the quest to enter. As players finish, they can no longer help players behind them. The final boss needs at least 5 players to kill reliably under 10 minutes, even at level 60. Naturally, there's an exploit that makes it possible for ranged characters to solo it. Betting that will get patched before Wars get fixed.

Combat feels promising, but the interaction between animation canceling, action buffering, and server responsiveness just feels bad. Take Fire Staff: if you cast and hold LMB (heavy attack) before the animation finishes, you will do nothing after. If you cast and hold RMB to block, you will block immediately after. Factor in potions, weapon swaps, enemy abilities, lag, etc, and it all produces a very cludgy system that rewards micro mechanics more than macro mechanics like ability choices, combos, dodging, and aim. Of course, even if you sort this out, sometimes you'll cast a spell on your own head. Get wrecked, PvP mages.

Kotaku is writing articles about in-game deflation. The economy sucks.

Factions
This was the killer feature: actual, meaningful, inter-faction conflict. A company (guild) controls a territory for as long as it can, then another company comes along to knock them off their perch and take their lands. Every few weeks, the map changes with the ebbs and flows of PvP warfare and political maneuvering. Right? Right? Wrong.

This started on Day 1. On most servers, the faction that controls Everfall controls the whole server because it's a central starting zone for crafting/refining. Everfall generates the most taxes and funds the most upgrades, cementing its status as the hub of the world. With those taxes, the controller buys additional territories and snowballs the map. OK, that's fine. That's what war is for.

But war is bugged. As stated above, attackers have little chance of winning. As time passes, territories upgrade their defenses, making it even harder. There are zero meaningful catch-up mechanics to encourage turnover. As controlling companies fill, new players can't even participate.

Overall
It's an MMO. There are 4 kinds of quests. There are a couple dozen types of enemies and move sets, most of them barely even reskinned from the same ones you've seen a dozen times. The raid bosses are interesting, but most enemies you'll see a thousand times throughout questing. The crafting system is expansive, but the economy is borked. Storage is scarce. You can decorate your house.

After ~300 hours, I'm pot committed on the idea this game might get fixed. If you're reading this, you can do something else with your time. You probably should.

There are no mounts, but there is a lot of walking. At least there's auto-run... assuming it hasn't glitched out.
Do you recommend this game? Yes No
Cancel Save Changes
Was this review helpful? Yes No Funny

FunkyRomero Nov 29, 2021 @ 1:49pm
This is the kind of information I was looking for. Thank you for a good review from the POV of a starting player. With this and other reviews I know not to waste my time and money.

Too bad, still waiting for a new intresting MMO to play.

J.Spaldur Nov 24, 2021 @ 3:31pm
Fanboys don't have any reading comprehension. This review isn't for people who already own the game. Its for perspective buyers. They're not going to have same fun experience as the people who came in on launch day. I really enjoyed joining a company and claiming territory and participating in wars. It genuinely felt like a living game.

But now, its dead boring. Rosters for wars in most servers have already been set. I feel bad for the newbies, since no one is willing to give up their spot in Wars. Companies are fairly closed (my own included) and only run with company mates, leaving solo newbies looking for groups, endlessly looking.

I'm constantly seeing people ask for help with the Guardian, and no one can help since players who already have done it can't help.

I enjoyed most of the 300+ hours I have of the game, but that't because I got to experience stuff I know newbies won't be able to. Not a great experience for newbies.

Nick Nov 23, 2021 @ 11:56pm
You probably shouldn't have rushed to complete the game...I actually let all the story missions audio play, got immersed in the quests. Also the side missions are pretty fun if you actually read through them as well. I find that players that rushed to the end all say the same thing. "Ran outa content, Bugs annoying, no fixes" which are all untrue tbh. The PTS has tons of fixes on it, also new content as well.

Ghost Nappa Nov 23, 2021 @ 7:18pm
if you guys actually understood business and read anything other than facebook you would have known from before day 1 this game was hot dogcrap.

the Tolkien family cut ties with amazon for this reason Amazon doesnt give a shit and just wanted your money. The Tolkien family will protect LOTR and die on that hill until the universe comes to an end. They will NEVER affiliate with ANYONE who disrespects the memory, value, and experience the Tolkien books bring to people. Once they refused to sell the rights to amazon I knew something was up and was very weary.

This is what you got. My review on the game stands taller than anything. I only played 40 min of the game on launch and studied the beta. I feel sorry for anyone who spent money on the game and never got a refund.

ShaunSlays Nov 23, 2021 @ 6:48am
Suggest you change the review and update it. Youve played 300 hours since you reviewed the game. And 80 hours in 2 weeks. That doesnt sound like something you dont enjoy

antiherozero Nov 23, 2021 @ 4:07am
I'm in the same boat the OP is. I've also doubled my playtime while having zero faith in Amazon as a gaming company to improve this product as I'm experiencing a play-by-play of it's downward trajectory. It's called social pressure guys. My friends play it so I play it with them. That's all. There is still good within a bad product. I just wouldn't recommend it to consumers who want to be informed.
< >