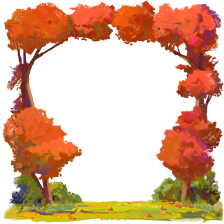 Recommended
0.0 hrs last two weeks / 63.8 hrs on record (38.9 hrs at review time)
DOOM might be the greatest game, that was brought kicking and screaming from the 90's. With games like Quake IV, and Duke Nukem Forever, I was more worried about Doom because of the attention the bad multiplayer beta was. And I played it and I defintiely didn't see the appeal. And then something happened; I started hearing about the single player, being this amazing adventure, with good story telling elements, and the best FPS spirit filled game many have seen. Everything in this game, feels like something you loved when you played it many years ago, but with an amazing graphics engine running this hulking demon beast of a game.

The Glory Kills never get tiring. The secrets never get tiring. Dying gets tiring and ♥♥♥♥ Id Software for Ultra Nightmare, but other than that, the game tells a rather nice story of a soldier that is being feared, by scary demon beasts...and they need to destroy him! But you are the Marine in the kickass Praetor suit! The skill advancement is really well done, as you get challenges for each level, masteries for weapons were you get in them challenges, Praetor tokens that you need to hire Sherlock Holmes to find in order to power your suit, and sweet nectar Argent to make you just more awesome. I love also how every single enemy I've known from the games look so amazing! So fearful and horrible to look at, as well as feel intimidated by. These ♥♥♥♥♥♥♥♥ are also tough, and they don't group hug you with love and care, they ♥♥♥♥ rape you with Hell fire.

I will buy a record player, and a set of speakers, and wear hipster glasses...if someone releases Mick Gordon's AMAZING soundtrack on that format. Please! Do yourself a favor and buy this game, and enjoy that sweet awesome hard rock/heavy metal/industrial/DJENT/electronic mishmash of music that was some from the old times, but given just an amazing (this word cannot be stressed enough) music.

Flaws include a weird glitch that cuts sound completely until the game begins, a few crashes during fights, a bit of a loading time thing, checkpoints in some areas that make no sense, and Ultra Nightmare can suck a dead goat's ballsack. But....

Nothing else I think. I played Multiplayer and it definitely feels better, and it's a fun diversion, and I have not played much SnapMap, but ♥♥♥♥♥♥♥♥♥, this one level was just a corridor, that would close doors bit by bit in a blue misty haze...creepy! I will dive more into that, and maybe make my own maps too.

I got this on the Summer Sale in a impulse buy because I wanted to wait. Don't be like me and don't be cheap! Get this game! NOW. And remember, God cannot save you, if demons are humping your dead corpse to the soothing sounds of Mick Gordon.

*UPDATE*
It's the near end of the year and this game is still as amazing as ever. They have added more elements on SnapMap, and then adding Arcade Mode and the 2 DLCs for the multiplayer. This game made my year and I definitely nominated this for the 5 More Minutes Award since...I CAN'T STOP PLAYING IT!
Do you recommend this game? Yes No
Cancel Save Changes
Was this review helpful? Yes No Funny