This user has also played as:
Stefan Hyperpro Neptunia (my friend of
38 Members OnsenVR
26 Hours played
I started with a wodden plank in my hand ready to work at the Onsen. There are intruders (mainly male, but there are some female ninjas too) that have to be fought off in different modes:
- They try to enter the changing room
- They try to kill you
- They try to kill the guests (gently touch the guests to let them exit the water in panic)

So you fight off the first wave of guys with your plank. Three hits and the plank is gone. No other weapon but some sticks, rocks and your own hands. You can move using free locomotion, for this I had to press the left Vive controller's trackpad.

I soon gave up. To do this you just have to exit the Onsen through the shed's outer door. With the money earned you buy more weapons. The shop constists of multiple tabs. Every single buck can be spent on all tabs. An amazing bug: Only the bucks spent on the very last tab (last in time, not in order) count. Like buying a car, a trip to Australia and a candy. And only paying for the candy. This allows exponential progression.

After about 1h I was ready to write some complains in discussion: I often pressed the grip buttons by accident and my weapon dropped into the water and was almost never found again. My solution was to stay outside the water whenever possible and to develop a special controller holding technique. Now I even can throw my weapon in the air and catch it again...

With all the upgrades you can buy, the male guests (crying like babies when attacked) can be replaced by nude women and the Onsen is twice as big. You can walk/run much faster and jump as high as the rooftop. Since this this was unlocked over multiple hours I did not even feel dizzy when doing those jumps.

After about three days I did a 3 hour Onsen session. Had to walk to the shop to buy dinner afterwards. And then it happened: Reality just sucked, I had gotten used to move fast as the wind with the press of my left thumb...

Note: This game is played in the full nude.
View all 1 comment
Favorite Guide 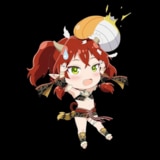 Guide to the DMM Version of DOAXVV
Created by - 玉藻の前

DEAD OR ALIVE Xtreme Venus Vacation
This guide will cover the DMM version (or Steam JP Version) of DOAXVV for those who are interested in trying it out but can't understand Japanese. The guide will include: Main differences between DMM and Steam versions, menu translations, basic gameplay in
Completionist Showcase