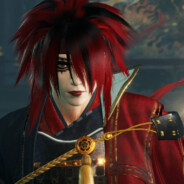 Years of Service
850 XP
A walk through Lothric
Ode to Broken Straight Swords
A walk through Drangleic
---------------------------------------------
""Martin's reality film is the dreariest entertainment ever presented to a captive audience." He stated flatly. The opening scene shows a man sitting in the bar of a luxury hotel clearly he has come a long way travel-stained and even the stains unfamiliar cuff links of a dull metal that seem to absorb light . . the room buzzes with intrigue . . Mauritania . . Uranium . . Oil . . War . . This man and what he sees are in the film . . Clearly portentous exciting events are about to transpire. Now take the same man outside the film . . He has come a long way and the stains are all too familiar . . An American tourist confides in the bartender:
"Now Mother is down with a bad case of hemorrhoids and we don't speak the language I tried to tell this doctor at least he called himself a doctor and I want your advice about the car . . Oh here's the man who took us to the Kasbah? How much shall I give him?" . . He pulls a wad of bills from his pocket raw eager thrust of an overtip the magic gesture that makes a man bow three times and disappear into a dollar . . A gnat has fallen into the man's sherry. Clearly no portentous exciting events are about to transpire. You will readily understand why people will go to any lengths to get in the film to cover themselves with any old film scrap . . junky . . narcotics agent . . thief . . informer . . anything to avoid the hopeless dead-end horror of being just who and where you all are: dying animals on a doomed planet."
---------------------------------------------
"As long as the dark foundation of our nature, grim in its all-encompassing egoism, mad in its drive to make that egoism into reality, to devour everything and to define everything by itself, as long as that foundation is visible, as long as this truly original sin exists within us, we have no business here and there is no logical answer to our existence.
Imagine a group of people who are all blind, deaf and slightly demented and suddenly someone in the crowd asks, „What are we to do?” … The only possible answer is, „Look for a cure”. Until you are cured, there is nothing you can do. And since you don’t believe you are sick, there can be no cure."

Through the Looking Glass
226 Members 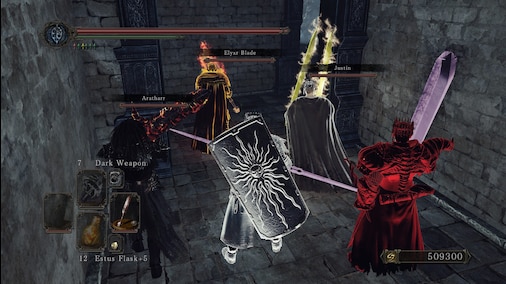 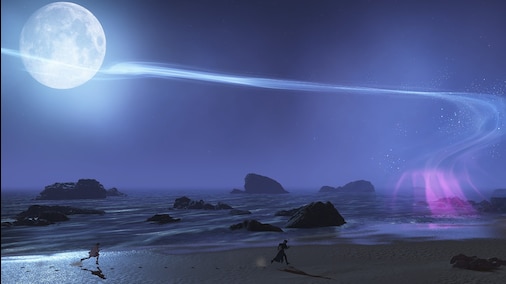 古剑奇谭三(Gujian3)
51 Hours played
I recently became interested in Chinese culture, so I decided to supplement my book and movie experience with a videogame that has some connection with Chinese mythology and history, is single player, and has english translation. This game came out as the top candidate.

Gujian 3’s genre is called Xianxia, which, to oversimplify it, can be compared to high fantasy, featuring grandiose stories with gods interacting with mortals, fey and demon races in century old conflicts, and heroes swordfighting while defying gravity, all this infused with Chinese folklore, myth and history.

It becomes immediately clear that this game looks amazing. The locations are spectacular, magical and have great variety. The devs weren’t shy using bright colors and grand vistas, and even locations where you only spend ten minutes are memorable. There are all kinds of environments, like quasi historical Chinese towns, ominous forests, mountain range with lava lakes, cities with otherworldly architecture and strange dreamscapes, like the one where you end up in a Chinese theater play that came to life. On most areas even just walking around is a joy. Bonus points to the devs for including a photo mode and Ansel support.

It’s hard to write about the story, mostly because I don’t want to spoil it, but also because there are a lot of things happening over the course of the game, but the basic premise goes something like this:

The game’s world is made up of two realms, the common realm, which includes heaven, the mortal world, and the underworld, and the spirit realm, where all kinds of fairy and demon races live. One of the fey clans called Shadowchasers have been guarding the passage between the two realms for generations. Their king, Xuange, received a fatal wound and feels his time in near, but it turns out he has a long lost twin brother, Beiluo, who was exiled in his childhood and grew up among the mortals. Xuange orders Beiluo to be brought to the clan’s city, to ask him to become the next king, but Beiluo is very reluctant to do so, and he would rather go back to the mortal world. The events that happen next however make it impossible to turn back, and our hero has no choice but to embark on an epic journey.

The game is deeply infused with taoist and Chinese mythology, and history, and has very deep and rich lore. I really enjoyed exploring the world, and the stories in it. I have some knowledge about these things but still had to look up a few things (like what a Trigram is), but the story can be followed without issue, and there’s an ingame encyclopedia to help navigate the names and events. The part of Chinese history that gets a bigger emphasis is the reign of the Yellow Emperor, and his era is being shown too, which I found really cool. Many fantasy worlds have histories going back thousands of years, but few have their own stone age, which Chinese history provides here, since the Yellow Emperor was a late neolithic ruler. The games depiction of (the fantasy version of) the shamanistic era of Chinese history with its architecture and costumes was a highlight for me.

The gameplay has two main parts (apart from running around), combat and dialogues. The combat is pretty straightforward, you have stamina, but it’s only used for dodging and blocking. Attacking is free, but enemies have hyperarmored attacks, which you can’t interrupt, unless you use special abilities. These abilities need energy, that you gain by landing attacks. There’s more to it, but that’s the gist of it. It works well, fun to play, and looks good. Apart from mobs there are also bossfights of course. I started the game on normal, but there were still bosses that were quite difficult, especially in the first third of the game. Don't panic if you struggle with the first boss. Some fights also have QTEs, which are an unforgivable sin, but at least there’s only a few, and they are not the instakill kind. As for the conversations, there are practically no dialogue choices, it’s just cutscenes of people talking, and there are a lot of that. Someone wrote that sometimes this game feels like watching a Xianxia series, and there’s some truth to that. It didn’t bother me though, I enjoyed it. I think every dialogue adds to the story, lore and characters.

There’s more to the gameplay though. We have sidequests, of varying quality. Some are empty fetch quests, some are just an extra cutscene, and some are longer more elaborate ones. The latter kind is hard to miss, but other than that you have to get a feel for which ones are important. The ones that point to or mention your teammates are worth checking out. There some other activities and minigames, because of course there are. There’s a card game with collectable cards, a fishing minigame, but the real deal happens when we get our … pocket dimension.

That’s where the „fun” begins. This is where you craft things (weapon, armor, customization), and research new crafting recipes. For this you need raw materials, that you can get via expeditions or farming. For farming you need seeds that you can buy, and for the expeditions you need creatures in your service. You can acquire these by defeating their leader, who then joins you. You can then send your creatures to expeditions. Okay, so now we have materials, but this is not enough, we also need artisans. They can be acquired via sidequests. They are going to do the actual crafting and researching. The latter is a minigame that you can fail btw, in which case you lose the materials you used for it, which got annoying really fast. Luckily there are guides for this. But the icing on the cake is that both your creatures and artisans get tired from working, and when they are tired you need to feed them, for which you need to make food, which is done via crafting and researching again, for which you need materials again, which you have to farm or gather again and AAAAAAAAAAAH. Am I supposed to save the world here, or manage a supernatural farmstead? ... You get used to handling the pocket dimension after a while, but I think this is a bit of a bloat here. There’s fun stuff in there but there's just too much micromanagement involved with it. Oh, btw, we also have a house with a garden in there that we can customize with stuff that we also get through crafting or expeditions...

Apart from this (potentially massive) distraction, the game is linear. There are a few occasions where you can choose your answer or action, but these don’t alter the story in a major way. The game is made up of many areas, some small, some larger, and while we eventually get the ability to fast travel between them, the only real reason to do so are side quests.

One thing I have to mention, which some people consider a big negative: the always online requirement. The game stores our saves on the server with no local copy, so you need internet to play it. I didn’t have any issues with this, but I understand if it is a problem for some. Another bug is that for many people outside China, the game defaults to Chinese language on first launch. It took me some google-fu to figure out how to change it to English. I made a quick guide for it:
https://steamcommunity.com/sharedfiles/filedetails/?id=2633290122
All in all, this game was an amazing experience. A huge, epic adventure, in fantastic, magical locations, with memorable friends and villains, in a world that was new to me and is underrepresented in gaming, at least outside of the Chinese language sphere. Highly recommended.

I’d like to mention two articles about Chinese gaming that’s worth reading if someone’s interested in this corner of the gaming industry. The first is about the history of Chinese rpgs

The other one is a fan writeup about the history of the two biggest rpg franchises in China, Chinese Paladin and GuJian
https://steamcommunity.com/sharedfiles/filedetails/?id=2066944863