Why did you click on the button?! You are supposed to cut the red wire! Now you have to read all the stuff below...

- Finish the game on the highest difficulty. Classic.
- The typical choose-B-instead-of-A achievements. And no, you may not load the last checkpoint.
- Hidden achievements and their bad habits. Yes, I am talking to you Mr. Side Quest!
- Grinding, a love-hate relationship.
- Do not kill anyone and / or do not set off any alarms. Snake? SNAKE?! SNAAAAAKE!!!
- Drop chance; do I need to say more?
- But I did press the jump button! F****** game!
- Killin' me softly. Win x matches on a ranked server.
- Speedruns! Run Forest! RUN!
- Rogue-like or how to get lost in a dungeon. Every. Single. Time.

...your curiosity will kill you one day.
View more info
Currently Online
Badges  495

Monolith of the Old-School
165 Members

...you believe that Pen & Paper is an extinct form of communication.
...you skip the character creation by using the default build.
...you are still not sure, what d20 dice are used for.
...you prefer a simplified skill tree, in order to not encumber you with tactical content.
...you dislike to play with a character on permanent death mode (a.k.a. hardcore).
...you are convinced that games without anti-aliasing options will hurt your eyesight.
...you despise to read dialogue sections, which are not synchronized (a.k.a. voice-over).
...you think that a real money auction house is a useful gaming feature.
...you rage-quit open-world games, that do not contain map markers.
...you wonder, while standing behind cover, why your character does not auto-regenerate his health.

...you prevented the completion of the Darwin project in a post-apocalyptic world. Wasteland, 1988
...you obliterated Jagar Tharn, without dealing any direct damage to him. TES: Arena, 1994
...you handed over a certain totem to Mannimarco, the King of Worms.
TES II: Daggerfall, 1996
...you drove the Soulstone into your own forehead. Diablo, 1997
...you displayed the flaws in the Master's plan, and persuaded him to commit suicide. Fallout, 1997
...you defeated your half-brother within an ancient temple to Bhaal. Baldur's Gate, 1998
...you survived the fight against the ultra-mutant Frank Horrigan. Fallout II, 1998
...you listened to the wise words spoken by the Nameless One to Fall-From-Grace.
Planescape: Torment, 1999
...you declined the proposal of the solar to become the God of Murder. Baldur's Gate II, 2000
...you enabled the destruction of the Worldstone on Mount Arreat. Diablo II, 2000
...you banished yourself into the abyss, in order to face Kerghan. Arcanum, 2001
...you impressed Yxbudur'zmutkimdu with your knowledge about the Blood Wars.
Icewind Dale II, 2002
...you enslaved the archdevil Thra'axfyl the Ambitious, Lord of the Eighth Hell of Baator, and made him kneel before you. Well done, mortal. Neverwinter Nights, 2002
...you smashed the heart of Lorkhan beneath the Red Mountain. TES III: Morrowind, 2002
...you were complimented by the law-abiding droid HK-47, despite being a meatbag.
Knights of the Old Republic, 2003
...you caused the second cataclysm in Aranna. Dungeon Siege II, 2005
...you are feared among the immortal beings as Godsbane. Titan Quest, 2006
...you witnessed the battle between Mehrunes Dagon and Akatosh, the Dragon-God of Time.
TES IV: Oblivion, 2006
...you used the silver sword on the Grand Master. Witcher, 2007
...you own a complete collection of irradiated bobbleheads. Fallout III, 2008
...you disposed of the Human-Reaper, spectacularly. Mass Effect, 2008
...you joined the cult of Laurencius, and faced divine vengeance. Inquisitor, 2009
...you would like to fight the Lost & the Fallen, the Demigod, and the White Emperor simultaneously. Last Remnant, 2009
...you knew that the game was rigged from the start. Fallout: New Vegas, 2010
...you liberated the Collector base with your trusty M-96 Mattock. Mass Effect II, 2010
...you absorbed the soul of Alduin. TES V: Skyrim, 2011
...you drank vodka with Letho of Gulet on 'hardcore' difficulty. Witcher II: Assassins of Kings, 2011
...you are not sure if the Normandy is a warship or a traveling freak show. Mass Effect III, 2012
...you perfected the Atlas of Worlds, and became a grandmaster among the Forsaken Masters.
Path of Exile, 2013
...you sheared off the wool of the last weresheep. Divinity: Original Sin, 2014
...you alone defeated all dragons, all bounties, and both archmages on 'expert', 'path of the damned', and 'trial of iron' modes. Pillars of Eternity, 2015
...you beat Gaunter O'Dimm at his own game. Witcher III: Wild Hunt, 2015
...you reached the 25th Shattered Guardian's Domain on 'hardcore ultimate' difficulty.
Grim Dawn, 2016
...you made a pact with the arch-demon Adramahlihk, in order to claim your divinity.
Divinity: Original Sin II, 2017
...you obtained an impossible victory against the Lantern King on 'forged in blood' difficulty. Pathfinder: Kingmaker, 2018
...you implanted Concelhaut into the Oracle of Wael. Pillars of Eternity II, 2018
...you convinced Roustame Diodore, the MEGA RICH LIGHT-BENDING GUY with a Weiss-Wiesemann coefficient of 0,9998 repeating, to invest in your business idea.
Disco Elysium, 2019
Review Showcase

Disco Elysium
63 Hours played
"If there ever was such a thing as an ugly kid, then this is it. He’s almost exquisite in his ugliness. Like a gremlin."

Disco Elysium (DE) is a role-playing game (rpg) with emphasis on dialogue-based gameplay mechanics. It has been developed and published by the company ZA/UM.

++ Pushing the narrative benchmark. Beginning with the melancholic presentation of the city Revachol, over the bitter-sweet moments of introspection, down to the cerebral, fearsome intellect of the dialogues; it all comes together, perfectly.

++ A prism of experience. Imagine you are sitting in front of a blank canvas, and a colour palette is handed to you, that represents an iridescent fan of personal characteristics. Looking upon it you immediately recognize your favourite shades. You judge them as elemental for your magnum opus. But, there is more to discover.
Some of the colours you have seen or heard about before, but never used yourself. Others are impulsive or taboo, the effect on your painting is unforeseen. Yet, the curiosity and inspiration pull you in.
The chosen tones start to support or question your views and moral values. Are they a reflection of yourself, or a projection of your dreams? Do they please you? By mixing the known with the unknown you enlarge your colour spectrum; develop your character; broaden your horizon.
Now, take a step back... and marvel at your creation, at the unparalleled magnificence this game allows you to become!

o No combat system. Yeah, I know... your disappointment must be immeasurable. No demigod half-brother to slay, no post-apocalyptic wasteland to explore, no demonic portals from Sheogorath to close. Just an old-school rpg adventure, based on a severe case of amnesia.
Wait, I have heard that somewhere before… *looking at Mortimer Rictusgrin with a raised an eyebrow*

- Incomplete voice acting. Most of the dialogues and descriptions are text-only. Furthermore, those parts with synchronisation are of varying quality. It is a shame, I wanted to hear more lines from Measurehead aka. the black-übermensch monolith.

I am convinced that DE will remind everyone what an outstanding game looks like in this genre, because it absolutely nails the critical elements of brilliant writing and strong characterization.
It feels like reading a good book, which I cannot put away.

Recommended for all of you who want to become utterly immersed in a story. 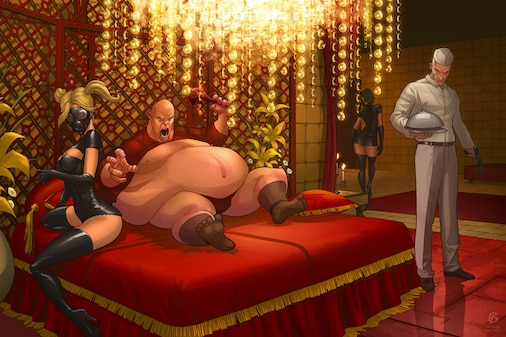 Give me the chicken... now!

Meat-King©® Mar 15 @ 3:21pm
Gratulations Gavin, you are right. I host legendary parties within my meat halls.

>KILO_ Mar 15 @ 9:27am
I sent u a friend request. We have alot of similar friends and similar interests. Feel free to add me if u wish as i think we would get along