Up close and personal
9 Members 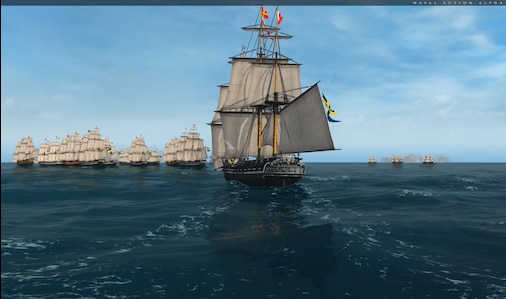 The playthrough of Gunman: Testosterone Warrior took me 7 hours. It was a journey full of shooting at every corner (where the game didn't strictly forbid me to with harsh scripting), and of so much testosterone that that it'd make a MMA tournament look like the girl scouts.

If one looks for a game that has to do with actual sniping, look no further: This is absolutely not it, and the only game which is that is the ArmA series (with the right mods and missions and/or people to play with).

This game has about as much to do with being a sniper as Carmageddon has to do with being an everyday commuter by car. Unfortunately not only the gameplay - which pretty much forces you to shoot your way through most of it - has nothing to do with sniping, but neither does anything else the devs have put into this game.

It supposedly is about a "ghost" warrior. I presume that they mean a creator of ghosts, because there'll be a ♥♥♥♥♥♥♥♥ of them around after he's done murdering half of the country he's in. The things that one would think that "ghost" actually refers to are about as silly as the All Ghillied Up mission in COD4, although that game actually did it kind'a good.

The "ghostyness" of this game includes:
- Your spotter/buddy approaching a gate saying "We've got to be careful.", and when you as the player open the door he'll run through it (and the next 100 meters of who knows what) like it was the start signal for olympic 110m hurdles. Running around seems to be an important theme in sneaking, according to this game.
- Leaving a trail of bodies so rich and dense that a blind-deaf old man could track you down by the smell of blood and gunpowder alone.
- Careful sneaking to stay hidden (with the scripted AI), in places where the sun will show your shadows like huge silhouette figures against the wall beside you, rather than sneaking 2-3 meters away where there is room to sneak. Also shouting and arguing within earshot of the enemy is also fantastic stealth-behaviour.
- Having a 'sniper perch' inside of a building where the character leans through the window, instead of sitting well inside of the room to hide himself, seems to be preferable. No sport in being a sniper if the enemy can't see you, right?
- Firing with an unsuppressed Barrett rifle from just a few hundred meters so that everyone within at least a mile's radius ought to be able to locate you by the sound alone, not to mention all the dust-kickup from that muzzle brake.
- Having such a ghosty sight so that on the highest difficulty where you get no aim assist there is no scientific way to determine where to aim. The mils-scale on the sight is completely useless, so you just have to wing it and hope you hit.

Despite all the above the game is almost okay though, as long as one expects an on-rails shooter. Although the game is heavily scripted and basically breaks if you don't do ♥♥♥♥ in the order you are supposed to, it plays quite fine if you stick to the script. It is testosterone-pumped to the point of stupidity; the characters are so full of it that they almost explode, but main grips of the story are still good enough to feel plausible and game-progressing. The game can be pretty tricky on the hardest difficulty too because almost all your UI-help from the easier modes is gone, so finding that particular object or guy to shoot that your buddies are asking you to pop can be very hard sometimes.

The game is flawed. Pretty darn flawed actually. But for the €2 I paid for it on this summer sale I don't feel like I was tricked. I definitely got my money's worth of fun, but it would be senseless to buy this game for its full €10.
View all 2 comments