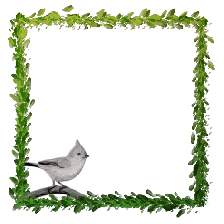 Mittelborg is a turn-based strategy/management game with roguelike elements that is currently in Early Access.

Story
Times have come and gone, and currently in the world of Mittelborg, mages are the dominant forces in the land. Your job is to use your mages in order to protect the world tree because of continual risk of calamity that will befall your world. If the world tree should fall, the land will be destroyed.

Gameplay
The gameplay is simple and you just learn it through trial and error. There is a tutorial in place but it doesn't really teach you how to play the game that well. Nor does it explain some of the details that you will need to learn to progress.

The game is a continual resource management type where all you do is keep up defenses and find ways to gather more resources as fast as you can so that further upgrades can give you better chances of survival. Every turn you take, there will be a random set of Tempest events that may or may damage/destroy your defenses and/or your world tree.

There are different forms of defense that you have within this game, one is a magical barrier created by the Tower of Light and another is physical defense by your guards at the Garrison. You need to spend your resources and keep up the amount of defense because if one of these is worn down to 0, any additional damage is taken on by the World Tree. If your World Tree is dwindled down to 0 health, that's game over, and you basically restart again. (Be prepared for this to happen, a lot.)

The upkeep of everything costs Aether and you get a certain amount per turn based on your current statistics and mage allocations. You can assign mages to any of your city districts, so that they will be more effective. This applies to the magical barrier, physical defense, or Aether production.

Aether production is through the Wind Catcher, and you can assign more mages there at the cost of not having them elsewhere, but you can earn more Aether this way.

Mages are limited, so you need to be cautious and selective about where they are assigned. In addition, with certain upgrades, they can be assigned to go out in adventure, in hopes of gathering other useful resources.

Your city districts can be upgraded to allow for more functionality. Of course at the cost of Aether and risk of damage/death to your World Tree if that Aether wasn't used to fully buff up your defenses. But upgraded buildings you unlock more things to do, such as a market where you can make purchases, or a portal to send your mages out on missions. In addition, your baseline max Aether totals can be increased through upgrades.

At the end of your turn, the Tempest will begin. This seems to be assigned a RNG set of days (usually ranging from 2 to 5), with each day a specific event. You may get lucky and it just passes, or you have something occurring that will attack you through physical or magical means. If your defenses are there, you will absorb some or all of the damage. Otherwise your World Tree will take damage. Even if you have all of your defenses in 100% working condition, often these attacks will penetrate your defenses and cause damage anyway. Other times, a day will be accompanied by an event during the Tempest, where you need to make a decision regarding a particular situation. The outcome can be good or bad, depending on your choice. There are also often a choice that you cannot pick unless you have a particular item required by the event in your inventory.

The story progression is important in this game and a big part of the game's draw for the player to come back to it. This is because each run is fairly short. But there are many on-going quests and lore collection that accumulates with gameplay. (Do expect some bugs because the game is in Early Access as well.)

The game saves automatically and you can only have one save file per profile. You have a choice of 3 different profiles for this game.

Controls
Mouse is all you need.

Graphics and Music
The graphics are cute and hand-drawn, the colors are bright. But there is very little in terms of actual artwork or animations to make this really standout by graphics. Most of the time you are staring at your city that has different appearances based on upgrades. Othertimes you are looking at the same animations repeatedly for the Tempest days.

I do like the music, but there's no option to turn it off. I wish if this were a separate option.

Pricing
Base price is fair, because even though the game is fairly simple to learn, it's very difficult in default settings to progress and to win. The runs are different (though often they feel unfair). Due to simplicity of the game, many people may feel it's over-priced.

Negatives
-Gets repetitive after some deaths, because you start at square one each run, and you have to build up time and again.
-Unfair RNG and poor balance at the moment--you can easily have a full garrison and complete magical barrier, but a single tempest event will wipe everything and kill your World Tree in the same turn.
-No difficulty options.
-No Steam achievements even though there are in-game ones.
-Bugs with lore elements (I found two diary/journal entries with different times and dates, but the content were exactly the same.

Verdict
Mittleborg is an easy to learn, but difficult to progress turn-based strategy and resource management game that has a good amount of replayability but also needs some rebalancing in its current Early Access form. The game has no difficulty options and feels like it's lacking in some visual variety. The tutorial is not particularly helpful but you can easily learn the game through trial and error through multiple runs in a matter of minutes. The game has in-game achievements but no Steam achievements, hopefully these will be introduced. In its current state, the price is fair though many will consider it to be more expensive than it ought to be. I think it's a good game with a fun design, the roguelike elements give it replay value, despite repetitive nature at times. I would give the game a 6/10.

Here's a video of a blind initial-look gameplay (including the tutorial):
https://youtu.be/jv4bP_Ec0Tk