This user has also played as:
Anton 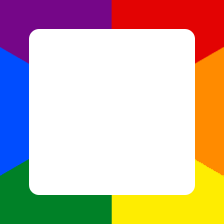 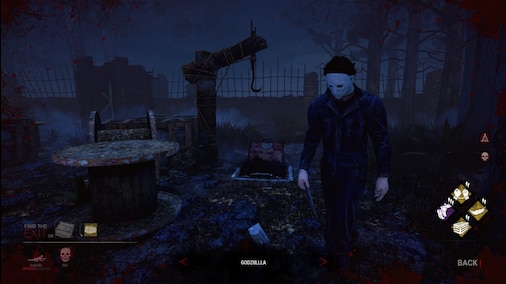 Europa Universalis IV
549 Hours played
Well, where to begin... It's a rather complicated task to explain what this game is to somebody, who never touched any other Paradox Grand Strategy game. It's probably better to begin with most popular tags:

- Grand Strategy : Grand - for there's whole world to play with ( both explored and uncolonized ) - several hundreds of provinces with their cultures, taxes, production, trade power, etc. Strategy - well, because it is one. It's Real Time Strategy, pausable by hitting space or by tinkering "smart pause" options - game will automatically pause when specified by you or default "trigger" events fire (like another country declaring war on you, etc).

- Historic : Game covers time period from 1444 to 1821, possibility to start playing any day between. Default "timemarks", offered to player are rather historically accurate, with actual leaders in charge of their nations, pre-existing alliances and other diplomatic relations, etc. Amount of research done by Paradox is impressive. But once you start your game and unpause it, weirdest stuff can happen, like AI-controlled Poland taking over Europe, lol.

- Simulation : Game engine takes into consideration MASSIVE amount of data and processes it simultaneously ( diplomacy, economics, religion, stability, rebels, trade, research, national ideas, terrain, army commander skill, etc,etc ). What is pleasantly surprising, and frankly - shocking - is how despite having so much information to work with, player is saved from micromanagement by smart UI design ( which only is getting better with updates ). You don't have to babysit every province or army (unless there is serious battle nearing, in which case it's only natural to pay more attention to your soldiers, lol), observe multiple tradenodes or dig into complicated UI for some basic info. Everything you need can be accessed by 1-2 LMB clicks, and UI itself can be easily configured to suit your needs. Gameplay is actually relaxing, once you understand basic concepts.

- Sandbox : Because nothing restrict your moves and imagination by handicapping you. You just start a new game, pick a nation ( btw, you can pick ANY nation on map - from giants like France to smallest african tribes) and voila - you are completely free in your actions. IMO best example for this would be playing as Irish lord : you can go "classic" way of forming Kingdom of Ireland first, Great Britain - later, or pull off crazy stunts like rushing exploration national ideas, exploring and colonizing Americas way before other European nations and moving your capital there.
There is some kind of "missions" which you can go after - but nothing MAKES you complete them. They are mostly aimed at "historically accurate" playthroughs for those new to that nation\EU4 and are there to hold hands of newbs who are usually shocked by lack of any kind of "corridor" they are used to.


For those who want to compare EU4 to other games:

- Crusader Kings 2 : EU4 is overall more complicated, mostly centered on country simulation instead of that semi-RPG gameplay of CK2. Leaders here are placeholders with 3 basic stats, and you don't get attached to them like you do in CK2 (I still remember my afro-Tzar Putiata of Russia from my 2013 playthrough, lol)

- Total War series : It's RTS, less graphooney and combat is calculated in the background, and player has no way to influence the outcome, other than deciding initial army composition, hiring high-skill commander, choosing battles wisely and rushing additional armies into provinces, where battle occurs.
It may seem dumb at first, but there are a LOT of charming underwater stones that you HAVE to consider : different optimal army composition that depends on tech group of your nation, your current military technology level, etc; picking right terrain to fight on - countless options.

PROS
- Everything stated in "tags" part
- Huge replayability
- Huge amount of content to discover and learn.
- Fair DLC policy : they are well worth the money, big part of them gets patched into game for free for everyone else, multiplayer game host can be the only one with all DLCs - game counts everyone who connected as if they had same DLCs as host has.
- Almost bugless (unless new DLCs\patches are introduced - even those are fixed pretty quick)
- Mods

- Tutorial is... lacking. But paradox strategies are well know for that, so it might turn into a feature one day, lol. Seriously, read the wiki or watch letsplays. Learning curve is steep.
- It's sometimes hard to establish a good multiplayer game with pub strangers - most are leaving pretty quickly.


P.S
If you need any guidance on this game - feel free to add me and ask questions

Still a solid thumb's up - every DLC they introduced added something significant and fun to play with. This game is as lively as it was on release, and aged really well into fall 2016.

After all this time this game is still being worked on, and new DLCs bring a lot of cool stuff to the table - at the cost of making the "full edition" very expensive. I, as a long-time Paradox and EU4\CK2 fan, have no problems paying "Paradox tax" twice a year. But if you're completely new to this game, the price of the base game and all DLC may put you off - and it's a tragedy, because the game is really good. Please consider picking it up across different sales - it IS worth it.

Last year was a pretty good one for EU4 - all DLC have been well-received with no obvious steps back, as it can happen with games of this magnitude. I still recommend it.

This game is getting better by the year. Unfortunately, currently it's stuck in the "suffering from success" conundrum - it received so much post-release support and DLCs that the total price of a DLC-complete package is EXTREMELY steep. Which, obviously, has a negative impact on attracting the new blood.
Leave a comment
Favorite Group Chromatic Death May 20, 2017 @ 11:19pm
Hey my friend, in regards to your post a while back about blood wounds in red orchestra 2- Did you ever find a solution to that? I've been trying to figure it out.