This user has also played as:
Fargo Support
100 XP
Super Hyper Ultra Ultimate Deluxe Perfect Amazing Shining God 東方不敗 Master Ginga Victory Strong Cute Beautiful Galaxy Baby 無限 無敵 無双 Nenechi, with 5 Hololive auditions, 43 wives, 400k husbands, neverending IQ (π), Perfect Japanglish, and Spanish, and Portuguese, running on a 3080x Asacoco Antenna and wearing the new ultra rare 5-Star Isekai Princess skin, cofounder of world-famous Polka Hologram Circus, with infinite source of water and surprising gaming skills while able to sing La Lion and set herself on fire in Craftopia after having become the eternal CEO of Nenepro who punches and kicks every employee, after having disconnected while singing Connect with Kiara, as well as having her name flipped into ƎИƎИ and turned into a 3D cardboard decoy, unlocked the power of God from absorbing Matsuri’s snot on her body while I wearing a sexy bikini and having eaten Haachama's tarantula-spicy-noodles while convincing Ame to trast her and having mastered singing Shiny Smiley Story in 11 different languages at the same time, right after marathoning iCarly and VICTORIOUS twice in a row, great Idol, the Ina-perishable, ƎNƎN, The Great CEO of ƎNƎN, CEO of CEOs, Opener of the Nether, Wielder of the Divine Lava, Punisher of Chat, The Great Unifier, Commander of the Golden Dumpling, Sacred of Appearance, Bringer of Light, O'Riend of Chicken, Builder of Cities, Protector of the Two Streams, Keeper of the Hours, Chosen of Aloe, High Stewardess of the Horizon, Sailor of the Great Sea, Sentinel of the Holo Servers, The Undisputed, Begetter of the Begat, Scourge of the Matsuriless, Kusotori-feeder, First of the Mariokart, Rider of the Sacred Chariot, Vanquisher of Hachaama food, Champion of the Stream, Mighty Botan of the Infinite Desert, Emperor of the Shishiron, She Who Holds The Sceptre, Great Hawk Of The Heavens, Arch-Lady of Atalan, Waker of the Shubangelion, Queen Regent of the Sky, Majestic Empress of the Shifting Sands, Champion of the Desert Matsuris, Breaker of the Oni Clans, Builder of the Great Trap, Terror of the Villager, Master of the Never-Ending Horizon, Master of the Pekodam, Taker of Souls, Tyrant to the Foolish, Bearer of Polka's Holy Instrument, Scion of Matsuri, Scion of Nenechi, The (Dis)Connected, Chaser of Nightmares, Keeper of the Smile, Founder of the Nenechi Cult, Banisher of the Grand Horny, High Lady Admiral of the Houshou Pirates, Guardian of the La-Lion Pass, Tamer of the Tako Queen, Living Dumpling Lady, Dismisser of the Foxburger, Charioteer of the Matsuris, She Who Does Not Serve, Slayer off Reddittras, Apex Purger, Favoured of Lamy, Player of the Great Game, Liberator of Life, Lady Sand, Wrangler of Fennecs, Empress of the Dunes, Eternal Sovereign of Husbands Legions, Seneschal of the Great Sandy Desert, Curserer of the 300k Vtuber, Queen Regent of the Pineapple Pizza, Warden of the Eternal Nenepolis, Herald of all Heralds, Caller of the Bitter Win, Matsuri-Tamer, CEO of the Karaoke Stream, Guardian of the Deadbeats, Great Keeper of the Gyoza, Husband of the Tako Princess, Belated of Wakers, General of the Mighty Frame, Summoner of Subscribers, Wife of all Husbands, Princess of Desk-kun, Tyrant of Minecraft, Purger of the Phantom, Killer of the False Matsuri's Champions, Tyrant of the Golden Dumpling, Golden Dumpling Lady, Forgotten of the Left4Dead2, Kusotori Mistress, Eternal Warden of ƎNƎN's Lands, Breaker of Haachama's Bonds, Lord of The NENEngine, Everconductor of The Momotaro Nenechi.
View more info
Currently Offline
Badges  8 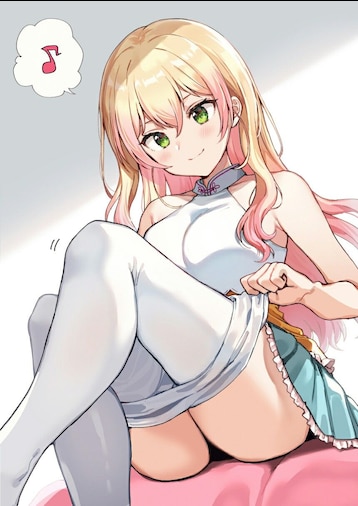