Grumpy Reviews - Public Group
So many games to complain about, so little time.
113
Members
1
In-Game
39
Online
3
In Chat
Favorite Guide 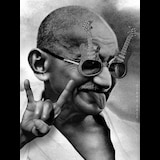 How to be Pro-Tier at PvP!
Created by - Grumpy

Sid Meier's Civilization V
Hey, do you wanna win at Civ5?! Try this guide! A FAQ for people who need to win! With all new #MLG tips like Disconnecting! Disconnection-domination, it’s like adding winning even when losing so you never lose! Sound the alarm, you’re gonna be uncomfortab
Review Showcase

This game is bad but not the entertaining kind of bad where I would have lots of things to complain about, it's just boring.
You may have read it plays itself? It kind of straddles the line where it plays itself in a way but unlike Hearthstone, you have to interact with it semi-frequently which is kind of a problem because this is supposedly a mobile game. Valve don't seem to understand that you can pause mobile games because you might be on a bus or on a train or even at work, but you can't pause this game because it is played against other human beings who understandably aren't going to be trilled with you pausing a match. You can also play against bots but you get nothing for it so why bother?

So lets say you sit down to play this game at home to unwind, well there isn't much game to be played, frankly. You buy units then buy more units to rank up previous units you own then place your units on the board and hope for the best. I am sure there are some tactics involved but honestly I was zoned out with boredom.

This isn't the old Valve that made Team Fortress 2, this is the new Valve that makes such "hit titles" like Artifact and this game. I really don't have much to say because there isn't much to the game outside of what I have written because it really is that shallow as far as I can tell and as a result there isn't even much to complain about nor applaud. Have you played any of the dozen mobile auto-chess games out there? Congratulations, here is another one.

Special shout-outs to the tutorial that doesn't explain anything of value! It actually made me angry how bad it was, it doesn't tell you that you need to drag and drop equipment to equip it, it doesn't tell you that you need to buy clones of a unit to rank them up, until after you have already done it, I can hand on heart say that not having a tutorial at all is an improvement over having an incomplete one!
Leave a comment
View all 52 comments < >
Comments

Hello if you getting this message, you have been blocked by China due to low Social Credit. If you want to unblock, please send 5.5 bitcoin to China. You can Paypal to my bitcoin wallet. Please message me for detail.