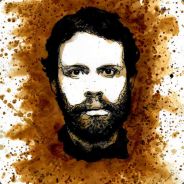 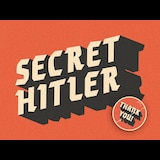 Secret Hitler: Setup & Playing As A Fascist
Created by - iBenParry

Tabletop Simulator
So you want to play Secret Hitler? Maybe you don't know the rules, maybe you're looking for some tips on how to play, either way, this guide will help the newest players to the more experienced players.
Favorite Game

Gay World
0.3 Hours played
A fascinating and harrowing execution of Sam Hyde's vision of the year 2070, where Tumblr is elected Sheriff of America and has the lawful authority to enforce homosexuality with the full and brutal power of the state. The gaylags are filled to the brim with citizenry who have protested the iron march of progress, but they too will learn to embrace sodomy.

If you roleplay as a compassionate member of the Gay Police, you can quickly realize the easiest path towards advancement is to subvert the system by repeatedly interrogating homosexuals, demanding to know if they are straight. You will garner recognition for your work while not actually sending any poor souls to the gaylags. Still, in the back of your mind you know that soon they will implement quotas not based on successful interrogations but in actual straights sent down. You don't really know what you will do then, and the thought haunts you more as you interrogate more leatherbears.

Not recommending as this gave me nightmares because it is our likely future if the deep state manages to defeat the sole hope of the free world, my President, Donald J. Trump. I don't want our children to go to the gaylags. This game is simply far too realistic to be circulated without serious content warnings. Viewing and playing discretion advised.
View all 13 comments
View all 138 comments < >
Comments