This user has also played as:
✵✶✷✶✷✶✷✶ 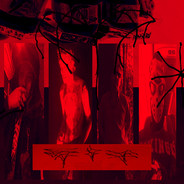 ►About Me
I spend a good portion of my free time playing games as it is something I've been doing since I was very young. But as I'm getting older I don't spend nearly as much time as I used to. I enjoy meeting new people and talking to people which is part of the reason I used to played so much Garry's Mod and CSGO, because there are so many servers and such where you can meet a lot of people. I enjoy listening to music and smoking like most everyone else does. If you'd like to be friends feel free to add me on Discord: ST4T1C#9578

►Why do you a ban on record?
Honestly, I don't really know. I used to play a lot of PUBG, but stopped after Fortnite came out because I started to play that game a lot. One day I decided to hop on PUBG with a friend after not playing for about a month and played ONE game and got a message saying something along the lines of "Global Ban", I was pretty ♥♥♥♥♥♥♥ confused and thought it was just a glitch but then I couldn't join a game or ready up. So I checked my account, lo and behold my account had a message saying "1 Game Ban on Record 0 days ago". I wasn't really bothered by the fact I was banned from the game but what does bother me is the message saying I'm BANNED on my account forever. Then recently I hopped on steam and saw I recieved ANOTHER ban from PUBG even though I haven't played it since I've been banned. Overall PUBG best game 10/10 would get banned again.
Ban Proof [gyazo.com]

►Why are you on my friendslist?
If I'm on your friendlist and you don't know who I am you either know me from CSGO or Gmod. Below I'll list some names I used to have and they might ring a bell.
Frost Star
DiamondDread
Doggo
Edgy Cat
King

►Favorite Artists/Bands
✦ Neutral Milk Hotel
✦ Pavement
✦ Bladee
✦ Black Kray
✦ Radiohead
✦ Death Grips
✦ The Strokes
✦ The Cure
✦ Aphex Twin
✦ The Strokes
✦ The Smiths
✦ Carseat Headrest
✦ KirbLaGoop
✦ Chief Keef
►That's all folks
That's pretty all that I have to say, if you would like to add me just shoot me an invite and I'll message you and we can become best friends. If you see any spelling or grammar errors in this let me know and I'll fix it. Thanks for reading my info9
View all 37 comments < >
Comments

キル Jul 2, 2018 @ 5:16pm
H-h-h-hi. Listen. I didn't add you because you're a girl (I'm not like all those other "chads") I added you because I saw you on the minecraft server and I want to say how I am so surprised that a GIRL gamer, hehehe grill gamear, is playing minecraft. Let me tell you about myself (so we can get this out of the way and have more time to learn about you). I'm a male feminist, antifa pro, I do have swordsmanship, and I also like jazz. (NOT A BEE MOVIE MEME). While I do still live at home, I am thinking of moving out after I get my job. My aunt might let me rent a room in her mobile home. Anyway. My Skype is Danny_Man_1993_xx and I run several meme groups. I hope you tell me more!