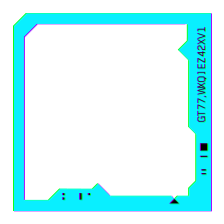 Recommended
41.3 hrs on record (35.4 hrs at review time)
Coming from someone who's played Bus Simulator 16 and Bus Simulator 18 prior to this game, I can say, without a doubt, that this game takes great strides to improve on the developer's bus driving simulation formula.

Even early after the launch, the game has seen 3 hotfixes, which have helped to squash bugs and improve the overall performance of the game. When it comes to graphics, the game does not disappoint. Textures are sharp, bus models are highly detailed, and the weather effects are top-notch.

Moving on to controls, Bus Simulator 21 supports the typical keyboard/mouse input, as well as controller. The game also supports a wide variety of wheels, and unlike Bus Simulator 18, fully supports the Logitech G29 that I use to play the game. Full key assignment customization and full support for force feedback are quite welcome with this game.

When it comes to the AI, they are a bit smarter than in previous games, and will yield and rush out of the way if the bus is approaching crosswalks. Bus Simulator 21 includes not only a new map, but also the map from Bus Simulator 18, so you can enjoy all the new features and buses in both an American and European setting.

Now, onto the bugs, there aren't very many. When driving, there aren't any noticeable issues. When switching the ignition on/off, there is a bug with force feedback that may violently turn the wheel back and forth. When receiving your paycheck in-game, there's a bug where you can be incorrectly being penalized for having your turning indicators on while driving straight, even if you haven't done so. This issue can result in not being able to receive a 5-star rating, and can occur even if you don't use your turn signals at all. Besides that, there's not really any bugs to mention.

Recommended
13.6 hrs on record (7.0 hrs at review time)
Early Access Review
Police Simulator: Patrol Officers, which is in Early Access at the time of this review, does come with bugs incomplete features, but otherwise feels well polished so early on into its release. You may find sliding pedestrians travelling at alarmingly high rates of speed, floating cars, cars clipping through each other, and some lighting issues (mainly when inside the several available police precincts). It's also worth noting that you can, in fact, be struck by parked vehicles, which will result in your shift having to be restarted as you are
"severely injured". This is likely to all be fixed in later updates. Right now, as of this review, the game doesn't offer some features that should have been included with the release.

However, despite its incomplete nature, as an Early Access game, it still runs smoothly using Unreal Engine, sound design is well done, vehicles handle very much on the realistic side, accidents are realistic as well, and there's a lot more to responding to calls than what most other emergency simulation games offer. When handling vehicle accidents, you need to question all involved parties. This includes drivers and bystanders. Check if there were any pedestrians that were struck. Pay attention, as some individuals you interact with may exhibit suspicious behavior. Take extensive photos using the camera, and be on the lookout of skid marks and debris. Complete accident reports helps in gaining points throughout your shift.

When handling other scenes, such as robberies and aggravated assault, make sure you interview all witnesses to get the best description. The first one gives you the name of the person, which will also come back with their ID/DL photo. Further questioning can offer descriptions of their clothing. Make sure to call for an ambulance for each victim that you will find laying on the ground.

Other available features include speed radar gun, stun gun, pistol, police computer/smartphone (which currently only offers a map and tutorials), and traffic stop sign (in the event you need to stop a vehicle while on foot).

Overall, while taking the game's Early Access status into consideration, along with missing features, the few bugs, and the game's current offering of available features, I currently rate the game with a 6/10. It's promising, and I recommend it to anyone into police roleplay that would like to see a game's development. It's not perfect, but it's far from terrible. It's stable, it's playable, and it's enjoyable.

Thank you for reading my review of Police Simulator: Patrol Officers.
Posted June 22. Last edited July 22.
Was this review helpful? Yes No Funny

Recommended
14.5 hrs on record (8.5 hrs at review time)
With rarely any bugs encountered, the developer has built an amazing game upon the success of the original game, 911 Operator. 112 Operator is a well put together game with a large variety of dialog, situations, actions, and consequences. If you enjoyed 911 Operator, then you will love this game just as much, if not more!

10/10, would highly recommend.
Posted March 17.
Was this review helpful? Yes No Funny

Not Recommended
6.4 hrs on record
Filled with bugs and crashes. Do not buy.
Posted January 9.
Was this review helpful? Yes No Funny

Recommended
204.2 hrs on record (165.9 hrs at review time)
After years of patches, the game finally feels perfected. Minor glitches here and there, but nothing game-breaking. A vast open world, a cartel to hunt down, and a team that's well-trained to take them out, Ghost Recon Wildlands is a solid game with a good story line. Would highly recommend playing with friends, as they'll likely do better than the AI team the game gives you. Bullet arch is a thing, too, which is a nice touch compared to other shooter games.
Posted July 26, 2018. Last edited February 26.
Was this review helpful? Yes No Funny

Not Recommended
56.2 hrs on record (8.6 hrs at review time)
Doesn't matter how many times you save your game, if the game crashes, goodbye city. Once the game is stable, I may edit my review, but it's not worth the money at this point.
Posted July 17, 2017.
Was this review helpful? Yes No Funny

Constant game crashes despite a pretty good PC build makes this one of the most unstable games that I have ever played. When the game isn't fully crashing, it's stuttering, lagging, and just being a constant pain. Audio issues, graphical glitches, and security issues put my rating at a polite 1/10.

Recommended
31.2 hrs on record (20.7 hrs at review time)
Mafia II is one of my personal favorite video games, and Mafia III doesn't disappoint. The combat is amazing, as I've found myself going into many gunfights with just my fists/knife. To see that the Mafia II and Mafia III stories connect is amazing. The driving in Mafia III, which I feared wouldn't meet my expections, did meet my expections as perfectly as possible. The selection of vehicles is not the best, but still very nice. When it comes to graphics and performance, Mafia III is very well optimized. Collectibles are still in Mafia III, much like Mafia II.

CONS:
- No vehicle customization (will be added in the future)

This game is not for everyone, but for people who enjoy relaxing trips through the open roads of the United States, while hauling cargo from point A to point B. In American Truck Simulator, you are tasked with delivering cargo through California, Nevada, Arizona, Washington, Oregon, New Mexico, Utah, Idaho, and Colorado. Wyoming and Texas have been announced, and are expected to release by the end of 2021.

It's a simulation game, so while some may find it completely boring and not at all entertaining, others find it calming yet fun. Trucks can be slow or quick, depending on the model, engine, parts, and trailer/cargo. Since the original release of American Truck Simulator, the graphics and sound design has seen massive improvements. American Truck Simulator (like Euro Truck Simulator 2) supports keyboard/mouse, various controllers, steering wheels (I personally use and recommend the Logitech G29), head-tracking devices (such as TrackIR, which I also use and recommend), and even virtual reality headsets (such as the Oculus Rift). Button boxes are also a great option for those who want to really want immersion, though the Elgato StreamDeck also works nicely.

Official multiplayer has recently been added with the 1.41 update, allowing for no more than 8 players to convoy together with syncronized AI traffic, lights, time, weather, and more. For players who want to play with more than 8 players in a session, the popular third-party service "TruckersMP" is a great option on the table, though you do lose AI traffic and have to deal with trolls.