This user has also played as:
Trent Jaspar Saga
100 XP
Please leave a comment if you're adding me, unless I know you.

"Nobody can make you feel inferior without your consent."
-- Eleanor Roosevelt 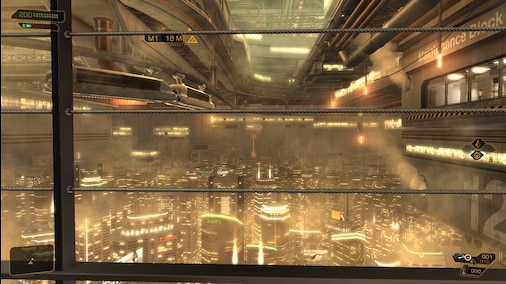 Ah, everybody remembers his first view of the Lower City from the Pangu.

Remember Me
48 Hours played
So this review is for people who haven't played a "fighting game" before: like me before I played this game...and who like to try to get Steam achievements.

The story and setting gripped me, which is why I gave this one a chance in the first place. Let me tell you-- I had so much fun! I read "The Fighting Guide for the Frustrated" guide by Category Theory here on Steam, which at least gave me the impression I wouldn't crash-and-burn on the first boss and abandon the game. Still, I played on the Easy difficulty (because I know I suck and it was my first game like this). But by the end, I got almost all (47/50) of the achievements (I did get some help on strats to get some achievements). The only ones I missed were the achievements for finishing the game on Normal and Hard, and killing one boss in less than two minutes. I was on the fence about replaying the game on Normal or Hard to try get the last achievements, so I started a Hard play-though and the first boss kicked my @ss. I eventually beat him, but it took many tries. Over time I developed the strats and combos to get through the more difficult sections, and I was truly exhilarated to finish the game on hard (and pick up that boss achievement I missed) to get 100% completion. I have a love-hate relationship with Steam achievements, but this was a case where the achievements pushed me to levels I would not have otherwise pushed myself, with a very gratifying result.

It's not considered a difficult game, and veteran fighting gamers scoff at it, but it gave me a workout, had nice graphics and story, and was just really satisfying and fun. Also keep in mind that the game is pretty much "on-rails." If you require open world, then you might want to skip it. I recommended it if the trailer interests you, even if you're not into fighting games.
View all 1 comment
Guide Showcase

Lucky Thirteen Aug 15, 2020 @ 8:34pm
Good luck with your Torchlight achievements Trent, when you summon the willpower to replay it!
Wish I had the patience to grind most of them, hah

Lucky Thirteen Feb 22, 2020 @ 4:37am
Hey Trent! Sent a friend request so we don't have to message each other on SG (and also because I want you in my friendlist)