This user has also played as:
trakido 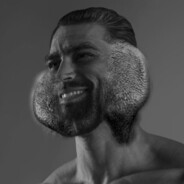 
i also am your personal inmate in hell. please take a seat as we burn.


yo you're half-way into it, but i wouldn't go down there.

YOU GOT CONVERTED. welcome to the pink team

Kandiiaru
Offline
About me (last refreshed: 24/03/22)
WARNING: If you have an inactive/suspicious profile and/or you're adding me without leaving a comment before, I will deny your friend request.

Favorite Quote: "We knew the world would not be the same. A few people laughed, few people cried, most people were silent. I remember the line from the Hindu scripture of Bhagavad-Gita: Vishnu is trying to persuade the prince that he should do his duty and, to impress him, he takes on his multi arm form and says "Now I am become death, the destroyer of worlds", I suppose we all thought that, a way or another." - J. Robert Oppenheimer, "The Decision to Drop the Bomb", 1965

Back 4 Blood (alongside Left 4 Dead)

MORDHAU (alongside Age of Chivalry, Chivalry: Medieval Warfare and Chivalry 2)