Beats Fever
13.0 ч. сыграно
A very polished VR-only rhythm game with some major flaws.
Good game. Not great but good. The devs do not appear to add to the game often and there are very few songs. I've made a comprehensive list of pros and cons.


A couple tips for newbies:


Overall, Beats Fever is a lot of fun to play and looks gorgeous for VR, but its replayability is pretty low due to a lack of song choices and the song choices being somewhat dull. It has a lot going for it, so it's a shame the devs seem to have stopped supporting it. There are no custom songs, and the only songs update was just a small DLC you had to unlock separately. If the devs would just let us add our own songs somehow, I think it could be a community-driven phenomenon, but in its current state and after a lot of time passing, I cannot recommend this game at any price. Get Audioshield or Box VR or even Holodance before you even consider this game.
Все комментарии (6)
Витрина скриншотов 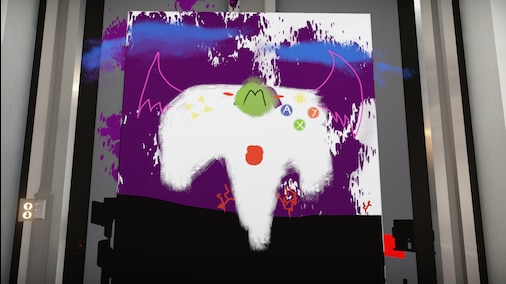 "Controller From Hell" Made live at twitch.tv/syrsly

I'll get myself a website set up eventually. I'm just lazy about it.
Любимая группа Kaiburr Vadam 16 мар. 2017 в 12:09
Been at basic training for the army still doing training trying to find time for games

Syrsly 12 июл. 2016 в 14:11
Thanks. I am making a point that we need to play more video games. We've been playing a lot of Minecraft, Trove and Black Desert, but we haven't really been on Steam much. Trying to play through a lot of my backlog right now.
< >