This user has also played as:
Mr. Lettuce 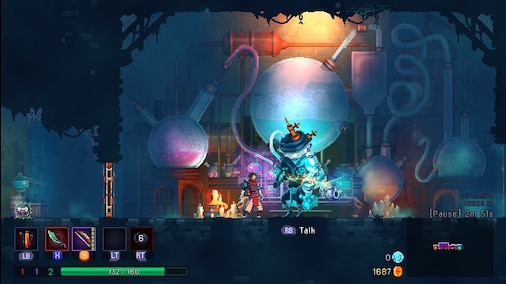 Cave Story+
6.6 Hours played
An indie classic that I had long been hearing of, I just didn't take the time to check out Cave Story until recently. It is as good as everyone says it is: a Metroidvania game developed by a single person which has been hugely influential. Cave Story is challenging but rewarding. The atmosphere (and music in particular) feel like the kind of thing that you might've grown up with, if you played games during the 16-bit era.

I found the story, in particular the dialogue, disorienting. From what I've read online, this is due to a sub-standard English translation. Unfortunately my Japanese isn't good enough to use that, but this was the only downside of the game for me.

Toward the end of the game, Cave Story gets very difficult. Completing it after dying many times was deeply satisfying. If you enjoy this type of game, this is worth playing.
Leave a comment