This user has also played as:
Maxie 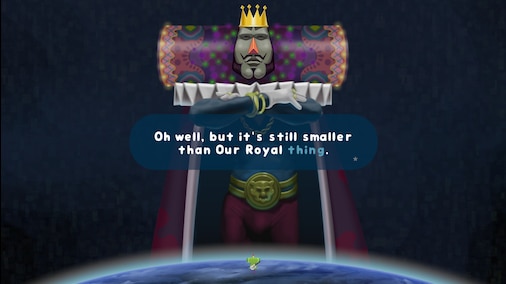 This is the best line.

Katamari Damacy REROLL
125 Hours played
I played the original Katamari Damacy on PS2 and absolutely adored it, and this remake is incredibly favourable to the source. Just as vibrant, just as crazy, just as insane.

This game is so cathartic and has an absolutely amazing soundtrack to boot, and is definitely a lot of fun to play. However, it does feel slightly easier than the original Katamari Damacy, but whether that's because some stages had an increased time limit (which some of them do, for example, replaying Make A Star 1 has a 4 minute time limit as opposed to 3) or if it was because I've since gotten used to the controls is still up for debate.

Best played with a controller, definitely. The keyboard controls don't feel quite right.

All in all, if you want an introduction to the zany and crazy world of the Katamari universe, definitely pick this up!
Leave a comment