PiotreX Will sell for the lowest
Offline
423 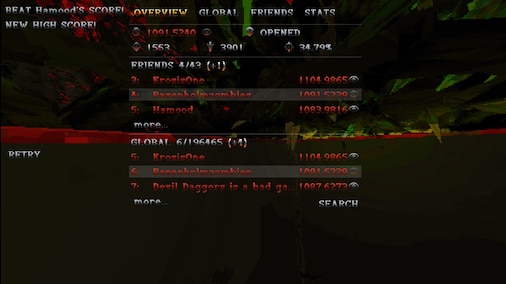 Didn't feel like it was going to be a pb, but it was

+ 635
Information to note
Name origins are self explanatory, HL2 was the first game I played on Steam all those years ago, and Ravenholm left quite an impression.

Best game I've ever played, as listed below, is Devil Daggers. I can think of no more challenging, rewarding, cathartic leaderboard chasing experience out there. Also, for $5, you should have already been playing it years ago.

I used to trade a lot, nowadays I mostly do it for a hobby. There's some fun items out there in TF2.
For all the time I've spent there, I just can't seem to give it up entirely. After all, when you've had Burning Team Captains, Gold Pans, and a ridiculous amount of other stuff, it's a nice rush of nostalgia to revisit the game that started this whole online persona in the first place.

If you care to know more about me, ask.
Favorite Game Team Fortress 2
4,107 Hours played
Team Fortress 2 is a very hard game for me to look at objectively, as my hours kind of attest to. In the 3000+ hours I've spent with this game running, I've come to know a handful of internationally based friends who I respect and value dearly, made $20,000 at the very least in the trading scene and made a name in (and run afoul) of multiple in-game communities. It's a game that's consistently evolved, from the gameplay centric days of old before hats worth more then a year in College were a common thing, to the particle and taunt based, mish-mash of an experiment that it is now.

I was once a free-to-player. I played it for a good 9 months before deciding to finally try being a premium. That's how it got me. I first bought a unique 'Huntsman' from the in-game store. Then I found a Phlogistinator in a timed drop and going off what the in-game store was selling them for at the time, I tried selling it for $20 on TF2Outpost. Those were simpler times. From there I ended up investing $1000 (real world dollars) into virtual items, and ended up making a veritable goldmine out of the investment, in more ways then one. I could dedicate a long spiel to discussing how the trading community is a meta-game in itself, one where real tangible thousands of dollars can change hands in seconds in the form of a virtual hat or a golden pan, but I really just wanted to make this review to reflect my own experiences with the game. This is a very fun, very addictive game.

It is held aloft after close to ten years since release by a very receptive community who care about the game and keep it going strong. At any given time, there's anywhere from 50,000-70,000 players online, so there's nothing to stop you jumping right into the thick of things with communities with depth and breadth beyond that of any other game I've played. You will be able to find a niche that fits, a casual or modified gamemode that appeals and you will have a hard time leaving. You'll make friends, you'll make enemies (especially if you try to get into trading seriously) and you won't forget the time you spend in this game.

In light of recent divisive updates, there's a lot that can be respected by how the community bands together to tell Valve what they want and actually see a response. It's a testament to the strength of the community and their combined interest in seeing the game live for many years to come. For many people, such as myself, I'm sure they see a lot of experiences in this game have led them to friendships and communities in the real world, and I'll always be thankful for the time I've had in this game in allowing me to have experiences I would not have been able to otherwise.

For the experience, and for knowing that it will continue to be a game that will stand the test of time, I give Team Fortress 2 a very warm recommendation. Just know when to put it down, remember, 3000 hours is close to 5 months playing 24/7.
View all 6 comments 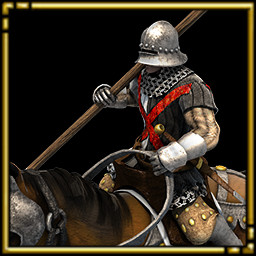 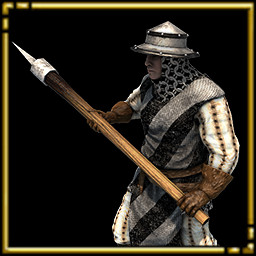