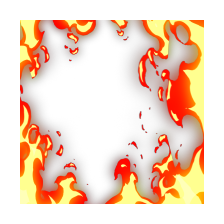 Recommended
29.6 hrs on record (25.8 hrs at review time)
Early Access Review
Played most of the content available during the first week of Early Access. Encountered a lot of bugs and glitches but they were quickly fixed. Definitely looking towards the full release. I would recommend for everyone interested in the genre!
Posted November 26, 2020.
Was this review helpful? Yes No Funny

I decided to write this in hopes of improvements to the game.


Just finished my first playthrough of the game within around 15 hours (unincluding hours I simply had the game running idle).
A simple overview of the game would be... it's way too easy. I never had anyone die in a mission. I hardly ever took damage. I do understand randomness in acquiring equipment, but the weapons I managed to find were way too overpowered in the missions. Just a simple shot into the mass of enemies and *POOF* all dead like nothing. Allthough I love the idea of canticles.. again they are just way too powerful. Being apple to travel across the map to finish all the enemies in a single turn, or being apple to one shot a boss just takes the fun and challenge out of the game..

At this point I will spoil about the final battle + other boss battles.
I was quite dissapointed in the final mission. All this time grinding items and leveling up my Tech-Priest... all it took was a canticle and one single Tech-Priest to kill the final boss. I was expecting a second phase, so I had all my units in safe locations... but then I see the achievement icon pop-up. That is when dissapointment rose to the maxinum.

As far as I can see, there is no option to adjust the difficulty of the game, but I hope there will be an option for such in the future. I am also hoping for rethinking of the weapons that are available for Tech-Priests. Enemies and most definitely the bosses HAVE to be harder and stronger. There are more things that concern me, but they're not significant enough to be put on this list of flaws...

I enjoyed playing the game, allthough I got annoyed by not receiving a challenge. Decision making is EPIC! All the events were special and required some logical thinking to get the right answer, which I liked. There were times when nothing did seem like the right answer, but maybe that was the idea, and I don't mind. All the runes were quite interesting, and I definitely had fun trying out new ones... of course I was drawing them to memorize their results... who wouldn't? All the augments were quite fascinating, and I definitely had fun making my own group of Tech-Priests. Each with different approaches in combat, weaknesses and strenghts. Overall the game is amazing, and I would recommend the game for anyone interested in turn-based gameplay and of course, strategy!
Posted November 16, 2018.
Was this review helpful? Yes No Funny

Recommended
136.9 hrs on record (89.6 hrs at review time)
Interesting game to play, only bad side in it is that it's to repetitive. By that I mean the maps and graphics usual gets repeated into other maps... After a while it really gets booring, seeing all the things all over again. Game is fun! but it needs new maps, new graphics and new enemies if possible. ( wink wink )
Posted December 19, 2013. Last edited December 19, 2013.
Was this review helpful? Yes No Funny

Recommended
5,790.7 hrs on record (5,775.2 hrs at review time)
Team Fortress 2 is a timeless p̶i̶e̶c̶e̶ ̶o̶f̶ ̶s̶h̶i̶t̶ masterpiece of a game, change my mind.