This user has also played as:
Markus Finding Paradise
4.7 Hours played
Summary
2nd full episode in what I guess is now called "To The Moon" -series. The 1st one came out in 2011 and to my knowledge there is at least a comic and a mini episode that take place between the episodes.

In detail
As in "To The Moon", the story of "Finding Paradise" is also about "--traversing through a dying man's memories to artificially fulfill his last wish". That should sound immediately intriguing, at least it did for me back in the day.

Despite the store descriptions being the same in both episodes and this one borrowing some structure from the first one, "Finding Paradise" manages to give it a slight twist that made it feel fresh to me. I don't have much else to say about the story (at least not without the danger of spoiling it) and I don't think explaining it in spoiler-tags would be that helpful either.

As with earlier Freebird Games' products, there isn't much in terms of actual gameplay: You're here for the story which can and probably should be experienced in one ~4-5 hour sitting with no rush. The music in the game greatly enhances the emotions you get out of certain sequences and I feel it plays almost as big a part as the writing does in conveying those.

Graphics might be the weakest link. There's some fine pixel art and it's not the lack of polish either, but I think they're making these using the (sometimes infamous) RPG maker. Their games have this 16-bit SNES RPG aesthetic and it can look a bit off-putting, but I whole-heartedly encourage you to look past the visuals and the lack of gameplay this time.

Storywise it is hard to compare to anything other than what the same people have previously made and I hold "To The Moon" in such a high regard that it's really difficult for anything to match that. This might still be the closest thing though, especially when taking into account that I knew more what to expect this time around.

Recommendation
If you haven't played "To The Moon" I would recommend doing that and also the ~1 hour long mini episode called "A Bird Story" first before checking this one out.

Although this technically came out at the end of last year I think it missed the awards window then and I feel that it deserves recognition as a continuation of a series of great short story games out there. My personal game of the year.
View all 2 comments
Screenshot Showcase 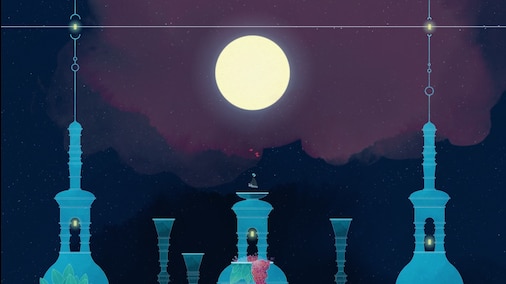