This user has also played as:
ㅤㅤㅤㅤㅤㅤㅤㅤㅤㅤㅤㅤXXV ㅤㅤㅤ ㅤㅤ ㅤ How rare and beautiful it is to even exist. ♪

ㅤㅤ'' I am being cold and calculating, not mean. There is a difference.''
ㅤㅤㅤㅤㅤㅤㅤㅤㅤㅤ- GlaDOS, GG chat bot, 2016

ㅤㅤㅤ"Well it cant be worse than blood coming out of a vagina so go
ㅤㅤㅤㅤㅤㅤㅤㅤahead and unpack it!" - Kejebro, 2017

ㅤㅤㅤ Everyone has different ideals of beauty, and for me, it comes
ㅤㅤㅤㅤㅤㅤㅤㅤㅤㅤㅤㅤㅤㅤfrom within.
View more info
Currently Offline
Badges  1,520 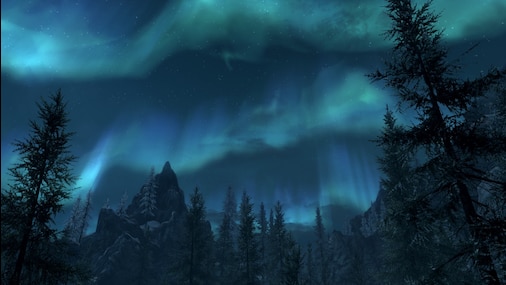 ㅤㅤㅤㅤㅤㅤㅤㅤㅤㅤㅤSometimes I play instruments, and sometimes I sing.
ㅤㅤㅤㅤㅤㅤPeople think I'm very serious, but I merely enjoy using the English language
ㅤㅤㅤㅤㅤㅤㅤㅤㅤㅤㅤㅤㅤㅤㅤㅤthe way that it was intended.
ㅤ ㅤI'm a very empathy-driven person with a strong sense of justice and uncompromising morals.
ㅤ ㅤㅤㅤㅤㅤㅤ I can be quite blunt and straightforward, but it’s never ill-intentioned.
ㅤㅤㅤㅤㅤㅤㅤㅤㅤㅤㅤㅤㅤㅤIt's who I am, and I'm not sorry for that.
ㅤ ㅤㅤ ㅤ My family and close friends are my whole world, my loyalty to them unwavering.
ㅤㅤㅤㅤ ㅤI’m happiest when in the company of my fur children and my favourite human.

ㅤㅤㅤㅤOfficer @ Girl Gamers. Please comment below if you have any group-related queries.

ㅤㅤI'm immensely introverted and don't enjoy small talk, struggle with many social interactions and
ㅤㅤㅤㅤㅤfeel exhausted when spending too much time with others. As such, I'm not really
ㅤㅤㅤㅤㅤㅤㅤㅤㅤㅤaccepting random friend requests... it's nothing personal!
ㅤㅤㅤㅤㅤㅤI will add you temporarily if you are in distress and need someone to talk to.
ㅤㅤㅤㅤㅤㅤㅤㅤㅤㅤㅤㅤㅤㅤㅤ No one deserves to be left alone.
ㅤㅤㅤㅤㅤWhen available to talk, I can be reached via Discord or the GG group chatroom.

ㅤ ㅤㅤㅤㅤ Don't be fooled by your emptiness, there's so much more room for happiness ♪ Introduction
Play as a bright, flying, fish-like species called Lumini, as you make your way through a beautiful colourful world, fending off evil creatures wanting to hurt you and escaping the dangers of a hostile planet.

Gameplay
Rather than controlling just a single creature, you play as an entire swarm of Lumini (unless of course you manage to kill them all!). As you progress, you reach large cube crystal-like checkpoints that emit an energy, allowing your force of Lumini to grow. The more little blue flowers you collect along the way, the more your swarm will grow. There are different types of Lumini with different abilities (for example a speed boost, or a bomb-like move which removes damaging objects in your path), and you can change which variety leads the swarm. Though the game mostly involves simply exploring the soothing atmosphere, there are a few puzzles to complete and bad guys to fight off. Some of the puzzles require your swarm of Lumini to separate into 2 groups, both of which you can control at the same time.

Graphics & Art
Honestly, 95% of the reason I play this game is because it is just so beautiful. There are crystals scattered around the Lumini’s path which light up as you pass them, different areas of the map that present a different theme, and bright, contrasting colours (for example the bright colours the crystals emit inside tunnels) throughout the game.
I also thoroughly enjoyed going through the concept art (can be found under ‘extras’), which displays a huge amount of artistic talent.

Replay Value
One play through of Lumini on the easiest setting takes roughly 2 hours. After completing the playthrough on ‘normal’, a harder difficulty will unlock. The replay value is highly dependant on whether you get bored of games easily, as it is fairly repetitive and linear. For me, the artwork is definitely reason enough to play it through numerous times.
There are enough achievements to give you a few playthroughs before you complete the game.

Soundtrack
The soundtrack, much like the rest of the game, is incredibly calming. It’s enthralling, blissful and flows beautifully with the gameplay.

Difficulty & Challenge
The first playthrough of Lumini is on the easiest setting, ‘normal’. It’s honestly very easy, and would be a good difficulty level for someone who is more interested in taking in the art of the game (rather than in engaging in more difficult combat), or even children. Because you have a whole swarm of Lumini, it’s hard to fail; you’re likely not going to lose every single one before the game ends, at least not on normal. After you’ve completed the game on this setting, a harder setting will unlock.
The controls are very easy to use (it is also recommended to use a controller), and the gameplay is very simple with very few dangers along the way.

Overall Verdict
Lumini very quickly became one of my favourite games; I could probably play it over 100 times and it would still have the same serene effect. With the different difficulty levels, I really think Lumini has something to appeal to everyone. For me, it was definitely worth the price. 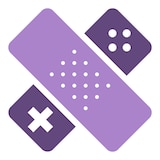 Steam
The official list of all games, developers and DLCs that donate their proceeds to charity.
Achievement Showcase

salty cuckboi Oct 15 @ 7:31am
Dear heavenly blessed beauty, I have been staring at your profile picture speechless and in awe for the past hour or so. That deep gaze in your star, your perfect font, all of your features just seem to all come together so well, almost angelical in a sense I suppose. The reason I am writing this is to let you know that I think I have found the most beautiful woman to grace us with her presence on our planet, and I am of course talking about you.

I know this might mean absolutely nothing to you, and you probably don't get any of these types of messages/posts on Steam and in real life BUT please understand that I am being as genuine as ever when I say that you are the ultimate dictionary definition of perfection, and I hope that one day God can bestow me with a woman as beautiful as you, I would be forever grateful. I hope that this message finds you well, I do not care if I get a response to this, I am just simply stating the obvious and had to let you know how I really felt.