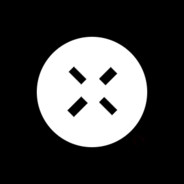 Community Contributor
20 XP
The US Code concerning the proper handling of the National Colors indicates that the Flag is flown upside down as a signal of dire distress and extreme danger to life or property. Historically, it has been used in international settings (when someone is under distress from a foreign country).

It would be an interesting legal battle to argue that I am wrong in feeling that my life and property are in extreme danger from my own government due to the IRS targeting of individuals and groups that do not agree with our government and threatening our economic freedom (and this includes our veterans organizations), the potential threat from our government to attack its own citizens not just with drones but with the very same type of assault weapons that they work on restricting citizens from having......just the whole potential of them dismantling our Constitution and threatening to take away all our freedoms.

There is even rumors of combat veterans coming home having to wait 2 years before they can own/purchase fire arms. Because they may have mental issues and harm or kill others? No....because they are trained and still have the skills to fight. Think of all the combat veterans that were in Iraq and Afghanistan that are no longer in the military but own firearms?

I think a case brought against anyone flying the flag upside down as an expression of feeling their lives and property or in extreme danger from our own government would get a lot of attention (and most likely a lot of public support).

Apparently those that ridiculed that veteran are uneducated, uninformed and very liberal.

Freedom has a sweeter taste for those that have fought for it.

Freedom is not free