This user has also played as:
forehead bruh moment big boi succ: hows things with you
jan is now Offline.
jan is currently offline, they will receive your message the next time they log in.
big boi succ: good talk

Caconym: eat your food and get on dick

when a mommy and daddy love each other, they fuck. and sometimes they may not even love each other. they may just be two hillbillys fucking so that one can get the other's laptop running windows 98. but, if you don't use a condom, you've got two options. either be a parent and raise the kid, or run out of there like a nigger runs out of a best buy with a stolen 50 inch plasma TV.

Yoichi: fuck me in the roleplay ass

Angel Of Death: I'm gonna cut them off at venice and leave the clump in the bulge cut off from reinforcments and equiptment to make it easier to murder them violently in wholsome christian family friendly genocide

You are Gordon Freeman. A man sailing a ship in space to his destruction. There will be no Vortigaunts to save you.
View more info
Currently Offline
Badges  8 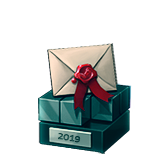