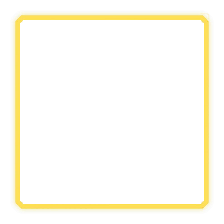 + You get 9 choices of hat modelers from different ethnicities. (The Russian and German models are probably the worst models, because they don’t wear a default hat)

+ You get a lot of different locational maps to model you hat in. (Best with western hat modeling)

+ You can team up with others in what I assume are competitive hat modeling competitions, like Capture the Hat, Control Hat, king of the Hat, Mann vs. Hatted Robots, Hatload, and Hatted Delivery.

+ Super cheap hats in the games hat store. $12.99 for a “Bubble Pipe Hat” What a steal! (I think they should increase these prices, or they might run out items. I already bought this item 26 times in case they ever do run out of hats)

Some things I did not like about the simulator.

- You get these weird metal hats drops called “weapons”, which you can’t even wear on your head! They only go in your hands! What idiotic developer decided that putting hats on their hands is a good idea! There only real use in the game is to be crafted into “scrap hat metal”, which you can then trade in for real hats.

Posted September 28, 2014.
Was this review helpful? Yes No Funny