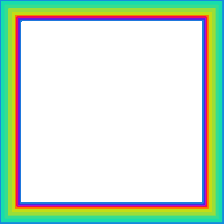 Recommended
9.4 hrs on record
Amazing game if you are a fan of movement and hotline Miami combat philosophy 10/10
Posted October 31, 2020. Last edited November 26, 2020.
Was this review helpful? Yes No Funny

Story Is suprisingly touching/detailed for a flight game.

Would recommend with a game pad
Posted February 4, 2019.
Was this review helpful? Yes No Funny

Recommended
5.4 hrs on record
Great atmopshere and immersive. I would recommed it
Posted November 15, 2018.
Was this review helpful? Yes No Funny

Recommended
14.9 hrs on record (11.5 hrs at review time)
The game is basically a ♥♥♥♥♥♥ version of stiens;gate when it comes to story elements. Gameplay is alright though
Posted August 20, 2018.
Was this review helpful? Yes No Funny

Pros:
-Out of the box no major graphical bugs (game is playable)

-Has some support for changing graphics options

-Can look better than the PS4 version if your hardware can handle it.

Cons:
-No keyboard and mouse support (The game assumes you have a controller, no UI changes if using keyboard. And you might as well throw your mouse in the garbage)

KOEI TECMO really does not dissapoint when it comes to horrible PC ports. This is one of them. After years of porting pc games and for once handling a AAA game you would think that KOEI would put more effort. This is just sad.

tl;dr Game is worth playing, just get this on a super sale or on console.

Edit 14/11: They seemed to fix the pre-game window. Unless you own a controller/ are willing to buy one, I can not recommend this game in good faith

Edit 2: They seem to have updated support for K+M I can Now reccomend this game
Posted November 10, 2017. Last edited December 5, 2017.
Was this review helpful? Yes No Funny

Recommended
24.7 hrs on record
If you are a fan of Berserk and have not looked at it in a while, than this is a game for you.

The game offers a really good recap of the first 4 arcs of the manga, with the exption that it does skip a lot of the minute details going on in the back of the story. This is more apparent towards the series.

In terms of a medium to enjoy Berserk, I would rate this somewhere in the middle of the anime series and the manga. However I do not recommend that this game be your first exposure to the game.

Game play is smooth and fun, with abilities drip fed through out the story, however due to the nature of the game, combat becomes very repetitve.

tl;dr Get this game only if you are a massive fan and don't mind a bit of reppetitve gameplay
Posted August 23, 2017.
Was this review helpful? Yes No Funny

More of the Deus Ex You love.