This user has also played as:
Niirai 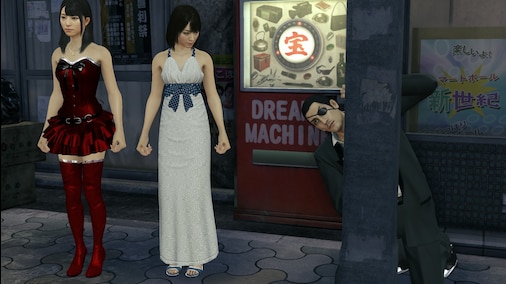 Root Double -Before Crime * After Days- Xtend Edition
73 Hours played
Looking at the reviews and VNDB rating I felt pretty confident going into this because I knew it was going to be a significant time investment but what a waste. Let's go over the good first. The art is really nice, there's a boatload of content and the save system is really good. The music is decent but mostly goes unnoticed. The voice acting is a bit of a mixed bag. Some roles are well cast and well performed while others are generic and obnoxious like the MC. I also liked how easy it was to achieve and see bad endings. Mostly so I could experience the MC die in horrific ways.

However the reason why I play a VN is the writing and the story. And the writing is bad. The story is action driven which I feel doesn't translate well into a VN. Even though the visuals are nice, the entire experience lacks impact and ends up being boring. There are story elements that attempt to build a sense of urgency and tempo but the actual progression is just the characters going from one place to the next. But I stuck with it because the story hints at a larger mystery and this is where this VN fails miserably.

The root cause is, like it almost always is, the characters. You have a cast consisting of 2 elite rescue workers, a teacher, a nuclear scientist and they are all as dumb as bricks. The characters are always 10 steps behind the reader, refusing to ask obvious questions or look at the larger picture while running around like headless chickens. On top of that, the characters are inconsistent going from strong and competent to emotional, illogical wrecks. Sometimes it makes sense in the story, mostly it's during sections that feel out of place and tone in an attempt to fill 50 hours of playtime. Plot holes the size of craters and terrible writing in general during climactic moments, for example:

I know writing a review without finishing it, is bad practice but I feel I've played enough to get a good sense of the quality. I will attempt to finish it because I've played a significant amount of time and am curious if there's a twist that might invalidate my points. But I've been waiting for it to get better pretty much since the start and it's only gotten worse. I feel this would've been a better title if it was half the length because there is so much unnecessary sections that stifle actual progression which leads to boredom and frustration.
View all 3 comments

3.1 hrs on record
last played on Sep 27
Kotodama: The 7 Mysteries of Fujisawa
Achievement Progress   3 of 24