Dieser Nutzer spielte auch als:
(not my real name yet) 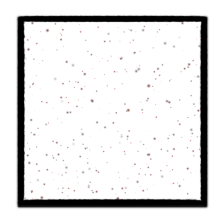 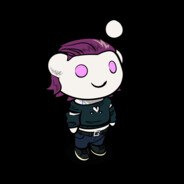 1
BNHAOC: Shi
4 ( 四 Shi ), also known as the fourth Hero, is a retired Pro Hero and the counselor of Ketsubutsu as well as the quirk studies teacher of Ketsubutsu Academy High School.

Pro             shifting into other lifeforms
useable to break out of restraints
(User has been seen bursting Handcuffs under Quirk Suppressants.)

Note:            The Quirk seems to allow the user to effectively manipulate somatic
mosaicism affecting genetic variation of observed predetermined genetic
values in combination with an extremely fast restructurization of cells.

When their quirk gets cancelled it becomes very hard not to use the quirk.

Appearance
4 is a Character which mostly appears with a 20 years old slender and pale body, not-quite shoulder length pink hair, pink eyes and their pointy and long ears. They have an extremely positive personality and smile almost all the time.

They often wear the student uniform of Ketsubutsu Academy wich consists of a plain grey shirt and black trousers. But with their quirk switching outfits is necessary for proper use. They also hide a small knife and a small pistol on her Body at (almost) all times.

Their outfit and appearance did not change since Emi ♥♥♥♥♥♥♥♥ (Ms. Joke) first attended to Ketsubutsu Academy.

Insted of having a formal attire they wear the student uniform of Ketsubutsu Academy to press meetings and for meetings with parents.

Their casual outfit consists of a loose stretchy white shirt and very loose black pants held up by a purple belt with long black socks and purple 'quirkless' shoes.

Personality
4 is very relaxed and gererally liked by children and students. She is good friends with Ms. Joke and has an equally positive character. As a counselor she has a tendancy to try to help everyone with their problems. She has little tolerance for disobediant behaviour, but tries heavily to not overload her students. She is also really excited most of te time.

Before she got into Ketsubutsu Academy she was picked up by the Hero Comission after her parents death. (Villains who got apprehended by the heroes at the time.) She was thoughtfully named 4 and her brother 3, because their parents did not register them and they did not have memory of their names. They got the name of the group they were found at as their family name: "Natrimo".

She went to the same Class in Ketsubutsu as the Third Holder, but didn't get informed about the fifth Holder by Hikage Shinomori after providing him guidance.

Abilities
Overall Abilities 4 has demonstraded vast knowledge in about any field due to their time working at Ketsubutsu Academy. Her fighting style is higly adapted to about any situation and she is not afraid to show her abilities to protect others, even if her quirk is not combat-oriented. Her abilities excell at infiltration and assassination. She is most effective if her enemy is not using immense Power AoEs.

Positive Influence: 4 has been known to not only have a positive influence on children and students, who tend to like him, but has, on multible occasions, convinced Villains to stop be a good person instead.

Keen Intellect: 4 has keen observation and evaluation skills and can easily evaluate mental states and personalities of anyone with a few glances. While infiltrating she has shown beeing able of a multitude of different distraction, misinformation and misdirection abilities. She can turn into other people with a glance and does know almost anything physical about every person she looks at, because she trained a lot with her quirk.

Dorian. 21. Feb. um 14:59
@Naschkatze u gotta play with cheaters to be good. And ur deleting comments pathetic.