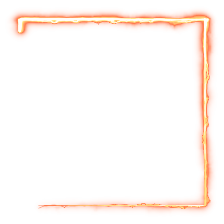 Recommended
18.1 hrs on record (18.1 hrs at review time)
I really don't get all the hate!
Yes, some animations are a little bit clunky, and the A.I. is not the brightest, but the game is very enjoyable!
I got it for 12€ and overall I think it was worth it.
In my opinion, the worst part is the game checkpoints. They are not the best design option. I found myself wanting to replay some areas for the sake of stealth and it restarted far too back in the story. BUT the last checkpoint of all activates after the final choice. So... if you want to check the second ending you've got to play it all over again, or, if you're like me and you're not a completionist just go watch it on youtube xD!

Posted February 20.
Was this review helpful? Yes No Funny

Recommended
22.4 hrs on record (18.8 hrs at review time)
3000th Duel is a side-scrolling platformer RPG with some souls-like mechanics.
The graphics are good and the animations are tip-top!
It is a really addictive game. It's not easy but it isn't also frustrating hard! It has the right amount of difficulty.
It is huge so it will provide many hours of fun.
It is now available on FANATICAL at the amazing price of 1.05€!
I've got an insane old "coin-op kid" logic: "A game is worth 0.5€ for each hour it keeps you interested in".
With that logic in mind, this game it's worth 9€ so far and I've not finished it yet!!!
I highly recommend it to anyone!
Posted November 25, 2021.
Was this review helpful? Yes No Funny

Not Recommended
1.0 hrs on record
So... Is it a game? Is it an app? Nop, it is ACHIEVEMENT CLICKER! It actually do what is supposed to. You click, you earn an achievement. Is it good? No! It's just the kind of crap that Steam should never allow to exist and gives a bad name to new indie devs, but hey... let's all give a bad review to all good games because... because... they are expensive... and and the devs are taking too long to fix the bugs... and so on and so on! %$#%&#
Posted June 29, 2019.
Was this review helpful? Yes No Funny

Recommended
16.1 hrs on record
Dragon Ball FighterZ is probably one of the most refreshing Dragon Ball Z franchise games. I didn't try it online yet but I like the fighting system and the story itself so far.

The story it's like a credible chapter in the DBZ universe and makes you (your soul) part of it which is a great way to explain all the gameplay and character selection.

Although it doesn't have as much fighters as your usual beat'em up, it still delivers a very fun experience and an actually hard yet not impossible arcade mode.
Posted November 23, 2018.
Was this review helpful? Yes No Funny

Recommended
54.0 hrs on record
Although I have played a little bit of Nioh and Lords of the Fallen, I have never played any Dark Souls title before, so, this review is only about this game!

Imho, everything about this game is great: graphics, sfx, environment, gameplay, well, everything indeed. So I will only talk a little bit about the gameplay. Although I love it, some other people might not fancy it that much.

The first thing I would like to pinpoint is that the game is very hard in the beginning. Then, you start to learn how the game and the enemies work, and it becomes a little bit easier, and you become more powerful with tons of weapons and armor to choose from, and you think you got the games number, and the game slaps you in the face while you enter the next level. It's an amazing experience.

Your character can be anything between a ninja and an "unstoppable" terminator, but be advised, stick with your choice from the beginning or the game might get a bit harder.

The thing I like the most about it: the leveling up. Your character doesn't level up, your rig, weapons and armor do. The more you use some type of weapon, the better you become using it.

P.S. I'm deeply sorry about any typos or other atrocities to the English language I might have committed.
Posted July 8, 2018.
Was this review helpful? Yes No Funny

Recommended
22.7 hrs on record
Without spoiling anything for you, this masterpiece is shortly about a girl fighting her inner demons on an impossible quest.

What is so good about it?
- The acting, best acting in a VG I ever witnessed.
- The visuals, the environment, the sound, the animations. did I mention the acting?

What's not so good?
- The story is good but sometimes I wish I had a FF button somewhere to skip some stuff (long walks, etc).
- Although it has some puzzles and fights, the game is not challenging, so, as I don't like the term "Walking Sim", lets call it a linear interactive journey into the dark side of the mind with a few puzzles and fights! - If you're a fan of walking sims, this is no problem at all, but, if you are like me, playing or watching some other people play "walking sims" it's almost the same thing... hmmmm should I have played it on a harder difficulty level? - Wellllll, I'm not playing it again so I'll never know :P

Although the obvious mixed feelings about the game I cannot help but recommend it to anyone - and I still think it is a masterpiece - One way or another it is an enjoyable experience. Just don't expect this to be the game you are waiting to be released since the day you were born!

p.s. IMHO in order to fully enjoy the game you have to be in the right mindset to play it.

I'm deeply sorry about any typos or other atrocities to the English language I might have committed.
Posted June 15, 2018.
Was this review helpful? Yes No Funny

Not Recommended
0.4 hrs on record
So... Does Unity 2d Roguelike tutorial rings a bell? This is one of the most shameful acts I ever witnessed. How can someone get away with this? So, nowadays, to be a developer you just have to compile a tutorial that someone did to help other people, and sell it on steam as it was yours? I don't know if this is even legal knowing that that tutorial is free to use, but I'm sure I will report this scam!
Posted April 15, 2018.
Was this review helpful? Yes No Funny

Recommended
24.7 hrs on record
I remember to play for the first time the original Resident Evil on a PC (probably on a pentium II or III). I can still feel the shivers every time I entered a new room. I remember to jump out of the chair when the dog crashes the window and attacks me... I remember the confidence grow with every pack of ammo and new weapon I manage to find. I remember the joy and fulfillness after beating the game... Then it was over... I've played all Resident Evil franchise so far, including the one I wasn't able to beat because of that ****** monster on a plain: Code Veronica. I've also played a lot of other horror games, some creepy, some stupid, and some even more terrifying than RE (maybe for the lack of weaponry). BUT the only other game that brought all those great feelings back is Resident Evil 7.

At first I was a little skeptical about the FPS thing. It didn't seem to feel like a RE game, and, although I like RE5 and 6, I don't love them as RE titles, I like them perhaps as action side stories.

Well I was wrong, this game is all you should expect from any Resident Evil title. Shivers, action, story, more shivers, more story, more action. Everything combined with beautiful graphics, immersive sound and music, and phenomenal gameplay (with a Steam Controller).

I recommend it to all horror fans, specially Resident Evil fans that might have lost faith in the franchise. Anyone who's over 18 and has a strong enough heart, should definitely play it :)

Recommended
83.2 hrs on record (77.6 hrs at review time)
This is a great FPS with an excelent campaign. Beautiful grapics and ambience. The sound fx and the music are absolutely phenomenal. The gameplay exceptional. When you finish the game it feels like you don't want to take that last step to finish it... You just want to keep going. THEN you finish it... BUT, where the campaign ends, the multiplayer begins... I can assure you lots of fun playing as the marines and extra fun as the demons. You can't lose on this one.
Posted November 23, 2016.
Was this review helpful? Yes No Funny