Mannifest Destiny
500 XP
I dont deny an add
Most of what i say in game is complete sarcasm. Do not take my jokes seriously as they may often cause a misunderstanding. If its over something listed in my huge salty rant wall im probably serious.
This also applies to my friends list and groups; I rarely remove people, even if I genuinely do not like them
The Second person ever to defeat every Valve made mission with 2 people, so please consider this before telling me what to do...

P.s. for those unfamiliar with the mvm community, this sums it up with a simple song quote:
"Everybody's talkin something very shocking just to keep on blockin what theyre feeling inside" (Scatman's World)
View more info
Currently In-Game
Team Fortress 2
Join Game
Profile Awards  7

[Z4T]bapub
Offline
nobody cares about your mvm loot
or why you kicked them
or why you griefed them
or why you don't like their playstyle
why people dont realize how much they hate gas and what it and others represent
When mvm was released, there were a multitude of differences that made the gamemode much harder and "team-based" than you'd ever expect today. Upgrades were more expensive and some were weaker. Mechanics actively punished negligence while today they're more forgiving.

Here are examples of changed upgrades
Blast and Bullet resistance was 350 and Crit resistance only blocked 25% per point
Jump height and Projectile speed was 200
Share power ups would cost 600 and not give cheaper canteens nor extra duration
Destroy projectiles was only a tiny bit stronger than lvl 1 today and costed 600 with 1 tick
Explosive Headshots did 6 ticks of bleed with ~25 damage per tick, equaling 150 regardless of level, and did not slow targets
Lunchbox/secondary recharge rate was 20% faster per tick, maxing at 80%
Damage on Soldier was 500 and only did 20% more damage. He also had Projectile Speed
Rocket Specialist, Projectile Shield, Damage force reduction, Mad milk syringes, Healing Mastery, Canteen Specialist (separate from Share Power Ups), and Overheal Expert did not exist, each of which made their Classes stronger and (in some cases) cheaper.
Medic had separated upgrades: 250 for +25% heal rate (4x), 200 for +25% overheal (4x), and 150 for overheal duration (2x, and actually shortened the overheal a bit after launch lol)
Armor penetration started at 0 giant backstab damage (the first tick would let you deal 188) and ended at 750 when maxed

At the same time, a lot of mechanics we take for granted today were not a thing during the time of launch.

Examples of more forgiving mechanics introduced after launch
Dates I'm unsure about: The 50 dollar bonus did not exist; collect all for 100 or miss any for 0 bonus. Health on kill stopped overhealing. Icons were added that were more descriptive such as Flares, New KGB/GRU
Oct 9, 2012: Giants were only marked for 7 seconds instead of 15
Mecha: More descriptive icons were introduced, such as crit outlines, and bonk
Two cities: Rapid fire icon was added, used to be what is now the burst fire icon. Medic could revive teammates and refunds were introduced. The difficulty of notorious tours such as Mecha and Gear Grinder had their difficulty sliced in half. Bosses that test the ability of 6 individual classes after a diverse range of bots in different waves? Too bad, 6 heavies, take it or leave it.
Gun Metal Update (July 2, 2015): INFINITE REFUNDS were introduced. This update finally removed any difficulty expert could bear, and even Mecha engine tends to be harder than expert due to infinite refunds and changed bonuses. Thanks valve

In general, missions were changed to be easier some time after launch due to being "too hard."
Examples are Caliginous Caper (more cash,) Mannslaughter (less respawn times in later waves), Mann-euvers (more waits between bots,) and Empire escalation (all-around nerfs.) Perhaps there are more changes that I am unaware of, and will update this if it arises.

Compare all of these changes. Few made the game harder. The rest actively decreased the importance of teamwork and made the game much easier than it used to be. These changes suited the players that were unwilling to climb the ladder of skill that the normal gamemodes presented for the sake of letting players complete tours faster. A mission that was made for these old changes was Disk deletion, which relied on low cash and high respawn rates to make you carefully choose your playstyle and upgrades. Nowadays, it is an awkward mess that is ruined by these post-launch changes. Same can be said for expert, which used to be a much more fluid experience where the high cash output actually made sense because you'd need it for the previously mentioned higher cost upgrades. Now, this extra cash goes into canteens that make the final waves far easier. The gas passer is a late but equally impactful example of how low skilled players relied on these nerfs to win. It also represents the neglect and misunderstanding Valve shows towards this gamemode and its mains, ruining entire subwaves for free. People defend it because they don't realize how much it screwed the balance that was presented before hand. Missions were made with EH accounted for, but not EOI. The gas passer just became the target of all the hatred because the people that hate on them are newer than the item itself; they disregard things such as shield, armor penetration, infinite refunds, new explosive headshot, and whatever else because it had cemented itself into their meta beforehand despite being just as violating.

So what about idle rocking? Despite not exactly falling into anything mentioned previously, it exploits how navmesh works, rendering the sniper invisible to bots until they round the rock (unless an engineer puts a tele on the nearby rock, rendering him effectively invisible completely.) Anyone who enjoys idle rocking simply is there to grind missions and disregard to fun of others who want to play. Any bots that come out are essentially immediately killed without any rhyme or reason. These snipers don't care to improve as they dont have a reason to improve, and the same goes for people who assist him by giving him a dispenser, idling, etc. What fun is there in playing mvm if you actively refuse yourself and others the ability to do so? 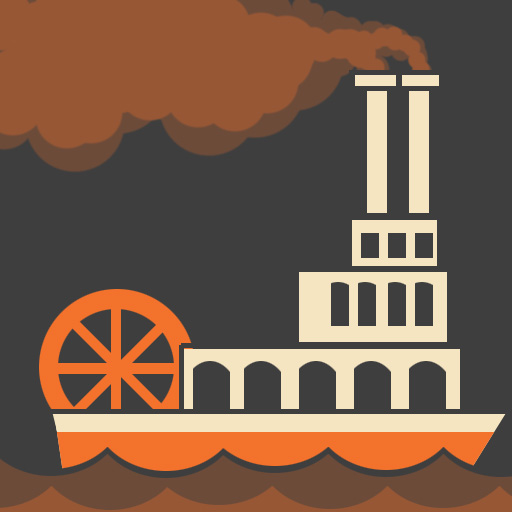