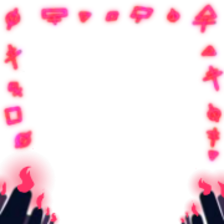 Recommended
0.0 hrs last two weeks / 9.4 hrs on record (8.9 hrs at review time)
The SNES Shadowrun was the jewel of my cartridge collection. I've honestly lost count of how many times I've played through it. With that in mind I started up my journey into Shadowrun Returns with a healthy dose of nostalgia and optimism, and at the end of the journey I came away happy, if not entirely satisfied.

Unlike the Shadowrun of yore, Returns plays like an odd crossing of point & click adventure and turn-based strategy. Your runner is investigating the death of an old friend, and in each scene spends most of their time navigating dense dialogues with the many NPCs on hand. You might also be tasked to click on an object or a door, but the vast majority of the non-combat gameplay is talking. It's good talking, though, with some very colorful characters and attentive writing. The parentheticals get a little too heady and poetic for my tastes, but they set the scenes well enough. Overall the game nails the Shadowrun setting, which goes a long way towards keeping me interested.

Combat is the other side of the coin, and while it works better than the ancient art of "stand in place and shoot forever", it's not without its flaws. Your crew and the enemy forces each take turns expending the action points of their members on a grid map with cover objects, much like in the recent XCOM. AP is spent a little oddly, however. Each move within a certain range costs one AP, whether it be a single step or a dash to the edge of their range. With melee weapons this is fine because the melee attack is included with the move, but ranged weapons cost at least one AP just to fire, so getting into an ideal position and firing can be a costly proposition. Doubly so when the sight lines around the environments are not terribly consistent, and it costs a full AP just to reload. It's an imperfect system that works well enough, but could definitely use more polish.

There are plenty of ways to kill people though, and enough skill points to earn through the game to make the most of them. You have melee, five different firearm types, drones, and two kinds of magic, and that's not even getting into the support skills. Unfortunately, there's not much reason to diversify, and the game even tells you as much. High ranks in skills are very powerful, and spreading your points around won't give you the ranks you need to pass skill checks or hit later enemies. Plus, you hire party members from a large roster of shadowrunners who can easily fill in the gaps for you.

These gripes are really part of a larger trend with Returns. You can buy weapons, armor, and other upgrades, but they are unevenly spaced throughout the game. There's not much to interact with in the many levels, and no real branching paths to explore. You can be a decker and get into the Matrix side battles, but they are few and far between. Your hired runners have no personality and can't be interacted with other than ordered around in battle. Even the story, built on some genuinely good writing, is small in scope and lacks any sort of proper build-up. It all points to a game not fully realized, a lot of potential without a lot of substance. The whole time I was playing, Returns felt more like a demo for the game engine than a full product.

That's not to say it wasn't fun. I thoroughly enjoyed the 8-10 hours it took to complete, and aside from a particularly annoying final mission, had no major complaints about it. The issue is more a lot of little shortcomings mounting to give Returns a very half-baked feel. It's definitely worth playing, and I'm very interested to follow it with Dragonfall, but I wouldn't fault anyone who checked out after a few hours. Shadowrun Returns is a good enough Shadowrun game, and now I want a better one.
Do you recommend this game? Yes No
Cancel Save Changes
Was this review helpful? Yes No Funny