Years of Service
850 XP
Not a huge fan of cookies. Damn dry stuff, they are.
Wanna add me? Explain why on my wall :3
Wanna trade? Barter.vg!
Stuff to play with me:
http://steamcommunity.com/id/luckz/games/?tab=all&sort=name&games_in_common=1
View more info
Currently Online
Profile Awards  9

Shelter 1
2.7 Hours played
Designed as an experiment to see how far you can ramp up the gamma in the Unity engine, the scientifically accurate Badger Simulator 2015 primarily serves to teach kids that badger cubs are omnivores that eat a grown cat's RDA every hour. In an epic play full of deep & morally relevant messages about adolescence, parenthood and the circle of life (sans Elton John), you are assigned the part of Badger Mommy, genetically engineered not to need any food whatsoever herself, and you bid your time (your hour, to be precise) babysitting your most adorable [citation needed] kids along a reasonably linear path of invisible boundaries, not passing go or collecting $200 until the game eventually runs out of scripted encounters. In the meantime, this corridor shooter without any shooting will hurl tons (I measured!) of emotionally charged music out of your speakers. Functionally it's a bit like a third person Lemmings game with the Lemmings following you 95% of the time, furthermore devoid of the various joyful abilities proper Lemmings have. Worth the purchase (or the effort of playing) only for the peculiarly jolly Predator-esque airborne takedowns Badger Mommy can perform on the various hostile mobs inhabiting Gammaland.

Length: 1 hour
Evils: Unity; scripted as much as any CoD campaign; omniscient bird AI; bugs
Replayability: You can hypothetically strive for a perfect playthrough. Depends on how often you'd like to endure "dat gamma".
View all 43 comments
Review Showcase

Dorfromantik
15.2 Hours played
Dorf? Like dwarves? (Nope, no dwarves here.)
The Early Access release of Dorfromantik comes almost a year after the April 2020 pandemic-inspired release of single player Carcassonne rules[www.geeknative.com], which was a mere day before the start of Ludum Dare 46, the 72-hour game jam at which four Berlin-based game design students built the initial prototype[ldjam.com] for Dorfromantik. At first glance, it might indeed look like hexagonal Carcassonne to players, but the similarity is coincidental[static.jam.vg] and it's certainly not a clone.

Gameplay basics & mechanics
To continue the comparison, think of the road and city building of Carcassonne, but expanded in complexity. The six edges of each hex can have individual trees, fields, or houses, which you connect to form tile groups. Instead of roads, there are winding railroad tracks and rivers that can only be placed against matching sides of other tiles – constraining your designs. You start with a stack of 40 tiles and always place whichever is on top. When you're out of hexes, it's game over. Tiles can spawn a quest to connect either a specific or minimum number of its matching map feature together, like 100 trees or 25 houses. Occasionally that's followed by an additional quest to close off the tile group to further connections of that type. On each quest completion, you're given five more tiles, letting you play for longer. You score points for connecting edges that match each other, so that playing perfectly would result in a beautiful map. Of course, as the game goes on, filling map holes with the perfect hex becomes more difficult.

The game picks three progression challenges you can work towards during your playthrough, like 25 sequential flawless tile connections (on all touching hex sides) or building an ultra-long river of 50 tiles; there are also special quest tiles on the outskirts of the map with a unique crown symbol that represent regular quests at a larger-than-usual scale. Both will reward you with new tile biomes, new tile types, and alternative reskins of tiles.

Considering it's a permadeath procedural survival* puzzler and the meta-goals are making it through as many turns as possible, scoring high, and unlocking new content for future runs, I'm tempted to label it a rogue-lite puzzle game. Of course, nobody forces you to, uhh, run. You can just hang back and watch birds fly by, or build new paths for your tiny little boat and your tiny little steam train. In ISLANDERS, I often felt at the mercy of the available buildings, and obsessed over getting the maximum amount of points, which even meant remembering the best order for placing specific buildings. I had to plan ahead so often that I longed for blueprint outlines of future buildings. Here, I instead just focus on juggling my quest tasks, and scoring is more of a side effect of that.

Playing to perform, or just to unwind? Both are viable!
While Dorfromantik looks like it should be a deceptively simple matter of arranging hexagonal tiles to score said points, it's far from under-designed. That you're not under any immediate pressure to act doesn't mean you won't be racking your brains to optimize the arrangement of your last few tiles, desperate to complete quests and delay the inevitable end with another five or ten chips to play. The game logic that deals your cards is more of a reactive Rimworld storyteller than a 'dumb' random number generator. At the game over screen I usually know exactly which one or two tiles I should have used more wisely to reach another round of five, and the feeling that I cannot win with the tools I'm given hasn't really come up. In my best game, I made it through a handful of sequential sudden death situations, finishing a quest or closing a tile group with one of the last two moves. Each time I was sure the end is near, yet just as sure that focusing and taking it slow could well get me another set of tiles to play. Good enough for #4 in the pre-release leaderboards, and only short one random railroad tile – of which I of course had at least one in the minutes before. Mea culpa!
https://steamcommunity.com/sharedfiles/filedetails/?id=2434059997

On the other hand, nobody forces you to play to win, to strive towards unlocks, or to go conquer online highscore leaderboards, either. With its mellow, calm music and pleasing aesthetics, the game lends itself to being played simply for idle relaxation, and that will be built upon with a Creative Mode the developers already announced for a future release. I've read numerous posts on social media where people express an interest in this game for the exact opposite of goal-driven gaming. Usually I'm the type to focus on quests and securing unlocks for the next playthrough, but a few times I was so engrossed working on a mini-project that I lost track of the upcoming end and got caught completely off guard by it.

To convey the titular atmosphere – the German word "Dorfromantik" channels something like an idyllic village life, free of worries and pollution – the developers have tried their hardest to keep UI clutter to a minimum. Unneeded complexity and feature creep are things they're very much wary of, hence they haven't implemented popular user suggestions like a joker tile (that connects with everything), the choice to keep a tile as a reserve for later, a limited-use undo button, or a UI popup showing exactly how many points you would score in the current cursor location. Adding everything but the kitchen sink would sure ruin the delicate balance they have maintained a year of careful tweaks.

Expect to see more biomes and tiles added throughout Early Access. If you would prefer this game with a gamepad or touchscreen, it might be worth waiting for support to be added.

What it ain't & for whom it ain't
Speaking of what Dorfromantik isn't, it seems so many people ask the dev team to turn it into an economy management game / city builder, a 4X title, or to add multiplayer, that they even clarify on the Steam Store page that these won't happen. As someone who counts 4X multiplayer to my most favourite game genres, I totally get where those requests are coming from. The great visual style development studio Toukana's graphics guys came up with would be an amazing fit for a deep strategy/simulation/4X game. Other things you won't find here at least for the Early Access release that might put you off are that there are no campaign levels or pre-set scenarios with expected goals ("get three star rating"), there is no endless mode (playing to relax, without the sandbox freedom a true creative mode implies), and it's not the kind of puzzle game where you can blaze through the progression tree / Steam Achievements (they're the same) in 2–5 hours and call it a day. In ten hours, I've barely collected a quarter, and those likely are the easiest ones to boot. While I definitely get a strong one more tile (turn) feeling from the game, for me it's more something to play for an hour at a time than something to sink hour and hours into without a break.


Unless you strongly dislike the very idea of procedural game worlds, of survival* puzzling, of needing to unlock content, or of only being able to progress towards a limited amount of goals at the same time, there's little reason to refrain from recommending this game.


*: No, I wouldn't tag it a "survival" game on the Steam Store.
View all 1 comment
Badge Collector 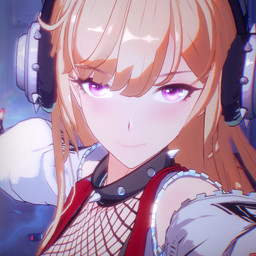 neogeomaster Nov 22 @ 2:27pm
@luckz Not really, I may change region when I want.

luckz Nov 22 @ 8:25am
@neogeomaster: It's about what a tradable region free Steam key costs, and perhaps you belong in France rather than in South America?