This user has also played as:
Riyoko 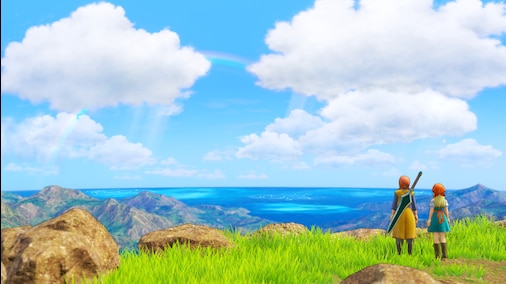 The Witcher 3: Wild Hunt
204 Hours played
I'm a noob when it comes to Witcher. So when I first started playing, I felt overwhelmed by the gameplay and the enormous world. However, now that I'm almost a 100 hours into the game, I feel like Witcher 3 ruined me for other RPGs. Witcher contracts aside (those alone have wonderful storylines), the choices matter part of this whole adventure is truly what makes this game. Nothing is cut and dry, it's a grey area. Sometimes you just have to pick between the lesser of the two evils.

I'm not a fan of the controls though. I wished there was an easier way to choose between signs. I've also fallen off many a cliff or higher place because Geralt just got a little too excited in turning around or running.

The game overall does start off slowly, but it does pick up once you get to Velen/Novigrad. I can't honstly say which quest was my favorite yet, they all hold a special place. But expect to be taken on a journey where you'll meet some questionable people (that are quite fun to knock off btw) and make some hard decisions.

I loved the DLC. It's really difficult for me to choose which one was my favorite. While they were both equally well done, Hearts of Stone was just a little bit more well written. Let's just say it's the one I still think about to this day.
Leave a comment

0.0 hrs on record
last played on May 21
Long Live The Queen
Achievement Progress   0 of 45

0.0 hrs on record
last played on May 21
The Disney Afternoon Collection
Achievement Progress   0 of 20
View All Recently Played | Wishlist | Reviews