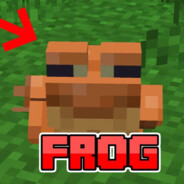 
So the question is not "to be or not to be," because you aren't. The question is whether you want to do something about it. Whether revenge matters to you.

It does to most people. For a few weeks, they plot, they scheme, they take measures to get even. But the passage of time is all it takes to erode that initial impulse. Time is theft, isn't that what they say? And time eventually convinces most of us that forgiveness is a virtue. Conveniently, cowardice and forgiveness look identical at a certain distance. Time steals your nerve. -Johnathan Nolan


But there was something there, all along, pushing us right into hell. For most of us, that something is not our own free will. We’re forced to by others, or by our environment. That’s why the people who push themselves into hell see a different hell from the rest of us. They also see something beyond that hell. Maybe it’s hope. Maybe it’s yet another hell. I don’t know which it is. The only people who do know…are the ones who keep moving forward.- Eren

“The problem with a person with a lack of love is that they don't know what it looks like. So it's easy for them to get tricked, to see things that aren't there. But then I guess we all lie to ourselves all the time.”-Charles Forsman

"I teach you the overman. Man is something that shall be overcome. What have you done to overcome him?
All beings so far have created something beyond themselves; and do you want to be the ebb of this great flood and even go back to the beasts rather than overcome man? What is the ape to man? A laughingstock or a painful embarrassment. And man shall be just that for the overman: a laughingstock or a painful embarrassment"