This user has also played as:
Chris Janne 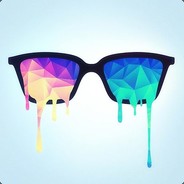 Dads Who Love to Smoke the Herb
3,488 Members 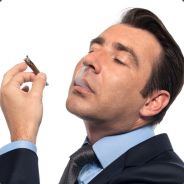 Seasons 1-3
Seasons 1-3 were without a doubt, THE BEST SEASONS OF SPONGEBOB HISTORY. It was funny, creative, thoughtful, relatable, memorable, had good messages, and had great characters. This is a great start to Spongebob. We get episodes like Spongebob and Squidward going to deliver a pizza or Spongebob and Patrick selling chocolate (one of my favorite episodes of Spongebob Squarepants) or Everyone playing at a band to compete against Squidward's rival. These episodes were really creative! The humor of Spongebob could appeal to ANYONE. No matter what, a kid or an adult. They could get a chuckle out of its random and goofy humor. Spongebob was booming in popularity with tons of memes quoting from the First three seasons, Merch, and began to become really popular. Spongebob had Plenty of classic and Amazing episodes. I liked the Narrative and the main character, a lot. The main character is really likable and memorable. He is an optimistic and positive-thinking character. The episodes were really relatable and funny, and I like that. Spongebob had an adult feel to it, but it was appealing to kids at the same time. That's what is truly special about Spongebob. Seasons 1-3 were the best seasons of Spongebob.

Seasons 4-8
These seasons were the worst seasons of all of SpongeBob Squarepants. Why? Well anyone would know this. These seasons were grotesque, ugly, mean-spirited, cruel, and ROTTEN. The jokes are normally Unfunny. There were episodes that were not pleasant to watch. Episodes like Stuck in the wringer or One coarse meal are not good at all. Stuck in the Wringer is one of those episodes in Spongebob that made me dislike Patrick. Imagine being that STUPID to where you get your friend GLUED FOREVER in the wringer. Wow. Another episode like A pal for Gary is a pretty boring and bad episode. Patrick became a huge jerk in these 4 seasons. The reason why these four seasons are bad is because after the movie and season 3 finished. Almost EVERY SINGLE WRITER jumped the ship (which means they left). Only one writer stayed with Spongebob. In fact, It was a storyboard artist. Once these writers left. Things weren't looking good for the show. Another episode like the Splinter is one of the most disgusting episodes EVER. Eugh! Spongebob Seasons 4-8 were the worst seasons of Spongebob I have EVER seen.

Seasons 9-12
Now personally, I don't think these three seasons of Modern Spongebob are that terrible. We do get an abysmal episode called "Ink Lemonade" Which is one of the worst episodes, but these seasons aren't bad. I mean it's like seasons 4-8 but actually better. There are some good episodes of modern Spongebob. But SpongeBob has gotten worse and weirder. This is the weird corner of Spongebob. Episodes about Customers eating strange Krabby Patties and turning into one. Or Spongebob and Squidward going to Randomland. These episodes are creative yet weird at the same time. These seasons aren't terrible. Just weird and has lost most of its magic. It's hard to compare it to the first three seasons of Spongebob. But hey these seasons aren't that terrible.


So yeah SpongeBob is my 3rd favorite cartoon of all time. While Season 4-10 lost most of its magic. I can say this is one of the best cartoons I've ever seen.

「 Lynx 」 May 23 @ 1:50am
whats good bro ngl im playin against mossy in rust and you were his top friend so i checked your profile. nice butterfly knife