This user has also played as:
Prince Bregovich Spring Cleaning Event 2018
100 XP
Hello, other grown-up! I went to the stock market today. I did a business. 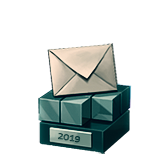 Stick It To The Man!
7.0 Hours played
"Stick It To The Man" is a really interesting adventure platformer. Developed by indie studio Zoink Games and published by Ripstone, this game was quite a surprise for me. It tells the story of a mediocre guy named Ray, who gains the ability to read people's minds. He gets into a pretty 'sticky' (god, forgive me) situation, as the reason for his telepathic abilities is something which is highly sought after. The game introduces the antagonist and his minions, who you have to avoid at all cost, seeing as you are still in the body of an average dude. As you can probably guess - the aforementioned abilities are the key to this. The story is written in a very funny way and I found the dialogues to be insanely enjoyable. I can say that the story made me laugh several times.
The gameplay is pretty interesting, as you have to gather items to proceed. This makes you explore the world, which is adorable and full with stories. The only quirk that the game has are the little points in levels, where you meet the baddies. You have some cool techniques to avoid them, but sometimes those scenes are a bit frustrating to manoeuvre through. Since they are not that many and the game unlocks a kind of "fast travel system", it is easy to forgive that. The puzzles are really innovative and fun.
The art-style is somehow gorgeous. Yes, the figures are really ugly, but this kind of grotesque depiction really makes them amicable. The world has a Little-Big-Planet-kind-of-look, since everything seems to be made out of cardboard. The music is perfect, the cool jazz tunes don't make you hurry up your gameplay. The only thing is that sometimes the dialouge gets a bit messed up, but it hasn't been anything all too tragic. You can turn on subtitles anyway.
As a whole, I have to say that this game was a nice experience. It is very comparable to Psychonauts, but with a heavier focus on the adventure, than on the platforming. A definite recommendation on my part!
Leave a comment
< >
Comments