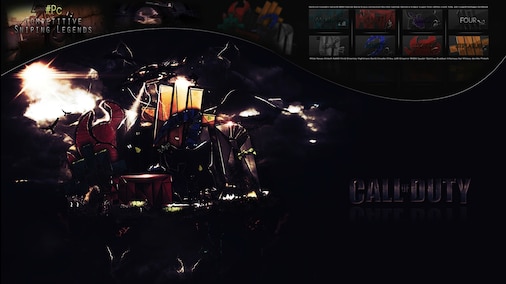 About me
Back in 2008, I started my competitive Call of Duty career with several cod4 promod teams, particularly Epsilon eSports and myRevenge , competing in as many Lan or Online tournaments I could. In early 2010 I left myRevenge and not long after, professional Call of Duty entirely. I was soon acquired by Unleashed Sniping as a stand-in and started playing in the competitive sniping league. By the time the CSL on MW2 was dead, I was part of the biggest EU teams such as HeKTiKGaming , NasTy Sniping , Aze Refusion , FroZen Snipers and more.

AvX' Salzmann 8 мар в 17:18
add me m8 need some people that are down to qs, wanna get better at qs again