This user has also played as:
Kris 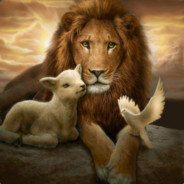 , married over 30 years, mother of 3 adult children and Memaw to Asher Grace and Kallie Iris Skye. I love Jesus, bunnies, crafts, woodworking, painting, drawing, and writing, anything to stretch my imagination and of course games. Charm is deceptive, and beauty is fleeting; but a woman who fears the Lord is to be praised. Proverbs 31:30
View more info
Currently In-Game
Cat Lady - The Card Game
Badges  229 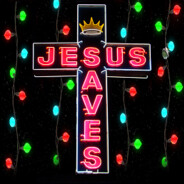 He will wipe away every tear from their eyes, and death shall be no more, neither shall there be mourning, nor crying, nor pain anymore, for the former things have passed away. Revelation 21

I urge, then, first of all, that petitions, prayers, intercession and thanksgiving be made for all people - for kings and all those in authority, that we may live peaceful and quiet lives in all godliness and holiness. 1 Timothy 2:1-2

Speak up for those who cannot speak for themselves, for the rights of all who are destitute. Speak up and judge fairly; defend the rights of the poor and needy. Proverbs 31: 8-9

“If freedom of speech is taken away, then dumb and silent we may be led, like sheep to the slaughter.” George Washington

So do not fear, for I am with you; do not be dismayed, for I am your God. I will strengthen you and help you; I will uphold you with my righteous right hand. Isaiah 41:10

Do you not know that in a race all the runners run, but only one receives the prize? So run that you may obtain it. Every athlete exercises self-control in all things. They do it to receive a perishable wreath, but we an imperishable. So I do not run aimlessly; I do not box as one beating the air. But I discipline my body and keep it under control, lest after preaching to others I myself should be disqualified. 1 Corinthians 9:24-27


Do not conform to the pattern of this world, but be transformed by the renewing of your mind. Then you will be able to test and approve what God’s will is—his good, pleasing and perfect will.
Romans 12:2
Review Showcase

Hellblade: Senua's Sacrifice
17.5 Hours played
Wow! Another awesome game from Ninja Theory! Hellblade: Senua's Sacrifice is an extremely unique gaming experience! It has an incredible story, amazing graphics and the voice acting is superb. The atmosphere is intense with the voices in Senua's head and the darkness. I've never played a game that drew me in, made me feel the oppression, the desperation, and the agony of the main character like this game did. From Senua's facial expressions to her body language to the superb voice acting done by Melina Juergens, you feel what the character is feeling and it draws you in.

Not having a HUD, not having a health bar, no stamina bar, not being able to heal yourself in any way, no upgrades, no items to manage all added to the realism, the tension, and the immersion in the game. The environment, the world is absolutely gorgeous! I would just look around and think "WOW"! what an artistic masterpiece.

The voices really add realism to Senua's psychosis. They can be helpful and warn you "watch out!", "FOCUS", "behind you" or they can taunt you "she's going to die", "she's going the wrong way, she's lost". Senua's eyes are the most realistic I have ever seen in a game. Her eyes move in a way that makes her seem alive. Looking into them is like you're looking into her tortutred soul.

At first, I wasn't very happy with the combat in the game, then I started fighting more defensively and it became far less frustrating and a lot more fun. Dodge, parry, watch for the enemy to have his guard down, quick attack, dodge, wait then strong attack. I would use "focus" on the shielded enemy, and the two with axes, the others it wasn't really necessary. There are several different enemy types some armed with a sword or mace, one with a shield and mace, one with two throwing axes and one with a huge two handed axe. There are several boss fights, which were easier than being attacked by multiples of the lesser enemies.

Each time Senua dies, a black "rot" grows up her arm and if reaches her brain, death is permanent. It adds to the intensity of the combat, making you more cautious, not rushing in and hack n slash. You have to have patience, watch your enemies movements and time your hits to cause damage.

There are simple puzzles to solve throughout the game. Some puzzles involving finding the matching ruins on doors in the environment. Other puzzles where you pass through arches or doorways to dispel illusions. Another where you switch between an unbroken world and it's ruined counterpart via a giant mask. All of which were quite enjoyable.

Is Hellblade a perfect game? No, but almost. It could have been longer, could have had a little bit more variety, but it is an awesome gaming experience. It's a slightly flawed artistic masterpiece, with an incredible story, gorgeous graphics, and outstanding voice acting. Not perfection but close, 9.5/10
Leave a comment
Rarest Achievement Showcase 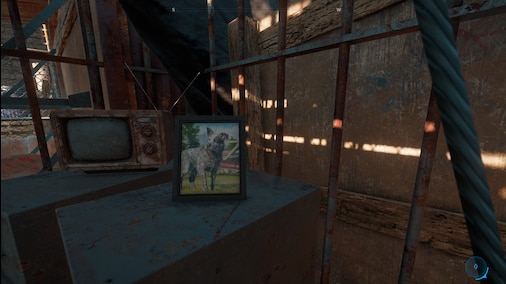