This user has also played as:
Lord Chaos 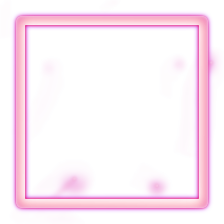 I farmed these by buying cards.

Terraria
792 Hours played
Terraria is unlike nearly every other popular title out there, being a 2D platforming RPG sandbox. Terraria takes all of its gameplay aspects, and implements them perfectly. With extremely intuitive building, crafting, combat, and progression, it's a seemless integration of its collective parts.

Pros:
When it comes to pros, I could go on for hours. Creating tons of world, and dragging your characters between them, its an unlimited playing field. The average player will go through the motions of a chest world, a mining world, and a main world, with bouncing between them being a quick, seamless process. It is, however, more accustom to make a coherent list, so here goes:
-Cloud storage for characters and worlds
-Endless character customization with the option for vanity armor slots, dyeing all equipable items, and an innumerable amount of armors and accessories to adorn your character with.
-Distinct classes with items easily tooled towards them, in addition to several equipables that can go with just about any class.
-Endless replayability in vanilla and modded playthroughs. (use TMOD to access an easy-to-use in-game workshop)
-Literally thousands of items, each with unique uses and abilities, NOT including modded items. (some mods add several thousand items in their own right)
-Seamless multiplayer access with thousands of servers, or co-op options with multiplayer directly through steam. No need for setting up custom servers or port-forwarding!
-Multi-platform experience. For a mere 5$, I can also take Terraria with me anywhere on my phone, and connect to any of my ffriends mobile devices regardless of platform, so long as we have wifi. My Fiance and I will end up cuddling on the couch for hours on end with our phones in hand, crusading against bosses and armies alike.
-Playable for everyone. I still remember sitting down with my brothers and playing this game on the Xbox 360 for hours. Neither of them could do the advanced play, but they loved what they could do. Whether its children or adults, Terraria still has room for everyone. I will definitely be buying a few more copies for my kids when they start to get into gaming.
-Active developers. Even to this day, just over seven years after release, Terraria is still in development. Us dutiful fans await the teased 1.4 update with gracious arms, as well as lamenting on the past several updates. Each major update adds an entirely new level of play to the game, whether it was the overhaul of the Jungle, to the addition of a Terraria final boss, and even adding entirely new player classes, Terraria has yet to cease updating, and won't for a significant amount of time.

Cons:
It's hard to pick cons out of this game, but there are definitely a few sore limbs that grind the experience.
-Movement is jarring. Compared to the plethora of popular titles, 2D platformers are out of the ordinary. Moving from Overwatch, Titanfall, and Undertale-like games, the lack of a Z axis can get frustrating and confusing for new players.
-Wiki dependency. Terraria definitely has a lot of hidden features that lay either buried in code, or lack the golden arrow pointing to them. This leads to frequent tab-outs, and google escapades to find how to do seemingly simple things scattered haphazardly through a playthrough. While rare, it is definitely a definable inconvenience.
-Obligatory bugs. As with all games, nothing is perfect. While Terraria is one of my definitions of a perfect game, that doens't mean it's without its fair share of bugs. Whether its accidentally clipping through the roof, to bosses spawning without limbs, Terraria has a few working points for future updates.
-Not everyone's style. I'll admit, there are a lot of 2D haters. With everything being ultra-realism and GTX 1080Ti's, Terraria's basic, pixelated two-dimensional graphics can be pretty unimpressive. While practically every item got a visual overhaul in a recent update, that doesn't mean that staring at a flat enviroment doesn't get a bit boring after a four-hour playthrough. In addition, 2D sandbox RPG is pretty niche as is genre-wise, but it's a wide niche.

To wrap up, try it. It's ten bucks, and easy to pour hours into. I own it for three platforms, and have had a unique, interesting experience for all of them. Easy to pick up, easy to set down, and endlessly enjoyable, I don't see myself ever forgetting this game. It has been with me since the day it was released, and just about every year or less I find myself religiously coming back to scratch that oh-so-niche itch. Terraria is a labor of love, and as such, the community loves it right back.
Leave a comment
Badge Collector